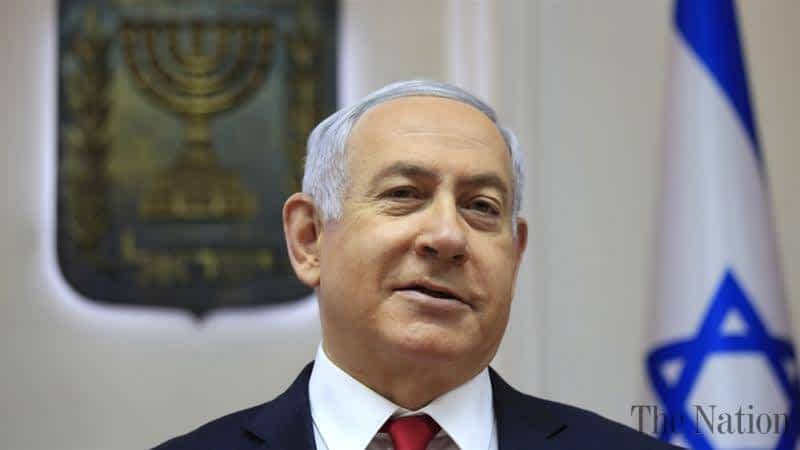 The Biden campaign has hinted that the candidate may seek to rejoin or “renegotiate” the 2015 Joint Comprehensive Plan of Action nuclear deal with Iran if he were to win. Iranian Foreign Minister Mohammad Javad Zarif dismissed any talk of “renegotiation,” saying the only acceptable option would be for Washington to return to the existing agreement.

Israeli Prime Minister Benjamin Netanyahu has sent a clear warning to the US political establishment, telling Washington not to rejoin the JCPOA.

“There must be no return to the previous nuclear agreement. We must stick to an uncompromising policy to ensure that Iran does not develop nuclear weapons,” Netanyahu said, speaking at a memorial service for first Israeli Prime Minister David Ben-Gurion on Sunday.

“Thanks to our determined stand against the nuclearization of Iran, and to our opposition to the nuclear agreement with Iran, many Arab countries have fundamentally changed their approach to Israel,” Netanyahu added.

The Israeli prime minister did not mention Biden by name, but multiple Israeli news outlets including The Jerusalem Post, i24 and ynet took the remarks to have been a not so subtle message to the presumptive president-elect.

Biden, who will step into the presidency on January 20 unless President Donald Trump’s legal challenges citing suspected election fraud prove successful, has expressed willingness to renter the nuclear deal, penning an article in the March/April 2020 issue of Foreign Affairs in which he indicated that US reentry into the deal would require “strict compliance with the deal” by the Iranian side. Elsewhere, his campaign has hinted at the possibility of “renegotiating” the landmark treaty.

Speaking to US media on the eve of the November 3 election, Iranian Foreign Minister Mohammad Javad Zarif said that the Biden camp’s statements in relation to Iran have been “more promising” than Trump’s, but added that Tehran would “have to wait and see” the policies a new administration would take.

“What is important for us is how the White House behaves after the election, not what promises there are, what slogans are made. The behaviour of the US is important. If the US decides to stop its malign behaviour against Iran, then it will be a different story no matter who sits in the White House,” he said.

Zarif also stressed that Tehran is not interested in any “renegotiation.” “We can find a way to reengage, obviously. But reengagement does not mean renegotiation. It means the US coming back to the negotiating table,” he indicated at the time.

Israel successfully lobbied the Trump administration into pulling out of the Iran nuclear deal in May 2018, with Prime Minister Netanyahu personally holding an intelligence presentation in which he alleged that the Mossad had infiltrated a secret nuclear archive in Tehran and made out with tens of thousands of documents proving that Iran had ‘lied’ to the world about its nuclear programme. Days after the presentation, the White House announced that it would be scrapping its commitment to the JCPOA and reinstating crushing sanctions against the Islamic Republic.

Tehran at first called on the deal’s remaining signatories to try to shield it from the restrictions, but when that failed, announced in May 2019 that it would scale back some of its own commitments to the deal regarding enrichment levels and stockpiles of nuclear material. At the same time, Iran maintained that it would not pursue nuclear weapons, or weapons of mass destruction of any kind.

In a September 2020 report, the International Atomic Energy Agency indicated that Iran’s enriched uranium stockpiles had reached 2,105 kg, about 10 times the amount permitted under the nuclear deal’s 202.8 kg limit. That figure remains well below the estimated 7,000 kg+ of uranium that the country had amassed in 2013, according to IAEA figures.

In June 2020, the nuclear watchdog reported that Tehran had breached the 3.67 percent uranium-235 enrichment limit outlined by the JCPOA and enriched to levels of about 4.5 percent, below the 20 percent enrichment the country had achieved before signing the nuclear deal in 2015.

These levels are still below those required to build a nuclear bomb. For example, the nuclear bomb that the US dropped on Hiroshima, Japan in August 1945 had an enrichment level of above 80 percent, and modern weapons-grade uranium is categorized as anything above 90 percent.

Last week, former Trump National Security Advisor Herbert R McMaster warned that Israel would not allow Iran to develop nuclear weapons under any circumstances, and said he couldn’t rule out the possibility of Israeli ‘preventative’ strikes on an Iranian nuclear programme.

In October, Foreign Minister Zarif blasted the US and Israel over their nuclear activities, calling on the international community to pressure Tel Aviv into joining the Treaty on the Non-Proliferation of Nuclear Weapons, and pointing out that the US was the only country to ever use a nuclear weapon against another nation.

Like North Korea, Israel maintains a policy of ‘nuclear ambiguity’, providing no official information on its nuclear weapons capabilities. However, unlike Pyongyang, Tel Aviv has not been subjected to international sanctions pressure to eliminate its nuclear arsenal. The Stockholm International Peace Research Institute suspects that Israel has about 90 nuclear warheads, with the warheads deliverable by aircraft, submarines and the Jericho III intercontinental ballistic missile, which has a suspected range of up to 11,500 km, and the theoretical capability to reach any point in most of the northern hemisphere.