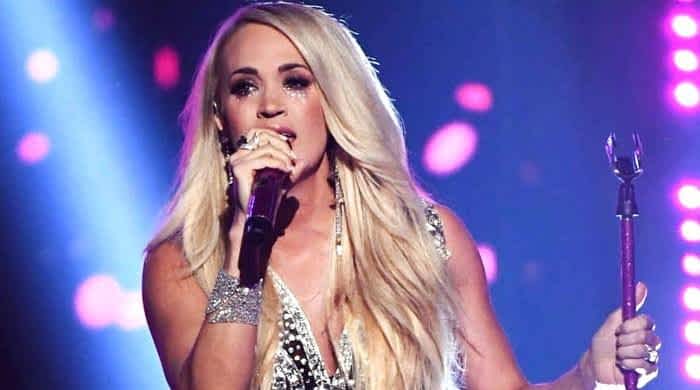 LAS VEGAS: Carrie Underwood spread magic as she took to the stage for the first time — after the horrific accident that left her with a marred face and a broken wrist — on Sunday in Vegas during the 53rd Academy of Country Music Awards.

To everyone’s amazement, Carrie delivered a power-packed performance of “Cry Pretty” – the first single from her upcoming album – which made it hard for the audience to believe that she ever underwent a gruesome car accident. For her courage, valour and mesmerising voice, Carrie received a standing ovation at the end of her performance.

People on social media have since then been reacting to Carrie’s seemingly ‘new face’ and commending her for the bravery she’s projected so far.

Wearing sparkles under her eyes as tears, just like she does in her music video, Carrie gave a strong message of resilience and perseverance through her song.

Ever since the accident took place, Carrie has steered clear from the limelight. She shared with her fans some time ago that the accident had caused more than 40 stitches in her face.

“When I am ready to get in front of a camera, I want you all to understand why I might look a bit different,” Underwood wrote in a letter to her fan club in January.

New trailer of video game-inspired ‘Tomb Raider’ is out now