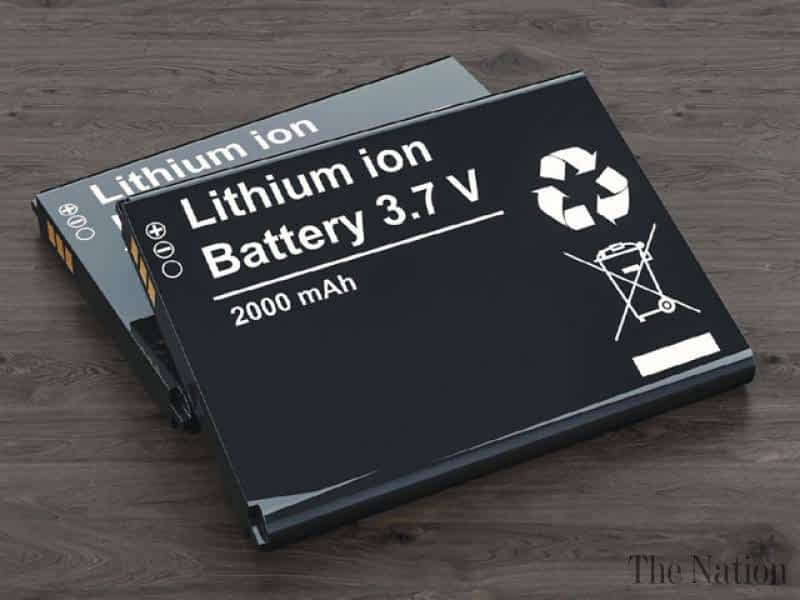 ISLAMABAD-At the heart of most electronics today are rechargeable lithium-ion batteries (LIBs). But their energy storage capacities are not enough for large-scale energy storage systems (ESSs). Lithium-sulfur batteries (LSBs) could be useful in such a scenario due to their higher theoretical energy storage capacity. They could even replace LIBs in other applications like drones, given their light weight and lower cost.But the same mechanism that is giving them all this power is keeping them becoming a widespread practical reality. Unlike LIBs, the reaction pathway in LSBs leads to an accumulation of solid lithium sulfide (Li2S6) and liquid lithium polysulfide (LiPS), causing a loss of active material from the sulfur cathode (positively charged electrode) and corrosion of the lithium anode (negatively charged electrode). To improve battery life, scientists have been looking for catalysts that can make this degradation efficiently reversible during use.

In a new study published in ChemSusChem, scientists from Gwangju Institute of Technology (GIST), Korea, report their breakthrough in this endeavor. “While looking for a new electrocatalyst for the LSBs, we recalled a previous study we had performed with cobalt oxalate (CoC2O4) in which we had found that negatively charged ions can easily adsorb on this material’s surface during electrolysis.

This motivated us to hypothesize that CoC2O4 would exhibit a similar behavior with sulfur in LSBs as well,” explains Prof. Jaeyoung Lee from GIST, who led the study.