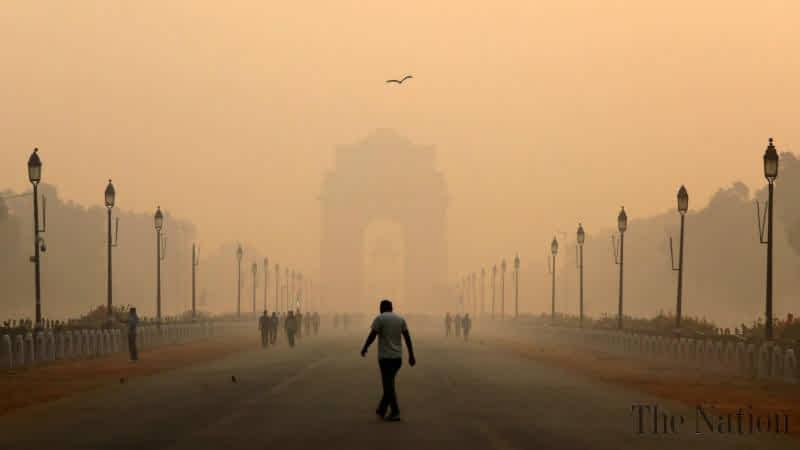 The Indian government and chief ministers of the northern Indian states have announced a series of steps to provide relief to millions of people from thick smog. Satellite images revealed an increase in agricultural burning in the states of Punjab and Haryana in October.

Over 30 million residents of New Delhi woke up to a hazy sunrise, their city blanketed in a thick layer of smog. Vehicular traffic is returning to the roads in full force after months of lockdown, which along with agricultural burning in Delhi’s neighbouring states of Haryana and Punjab has significantly contributed to air pollution in India’s capital.

As per the data released by Central Pollution Control Board, Delhi scored an alarming 452 on the Air Quality Index (AQI) on Thursday morning, placing it in a “severe” category, signifying that it could negatively impact the health of city resident.

The smog has left many Delhi residents with irritated eyes, itchy throats and frequent headaches.

Scary pictures showing the smog are splattered all over Twitter.

Netizens are also blaming the practice of burning agricultural ‘stubble’ among farmers in Punjab and Haryana for the smog, saying that it’s only during these months that the haze gets thicker, significantly reducing visibility in the city.

The central government of India has issued an ordinance making pollution an offence with a jail term of up to five years and a penalty fine of up to INR 10 mln. (about $135,000).

Delhi will also be housing India’s first “Smog Tower” – which is like a giant diffuser that can soak up toxins and clean the air; it will be set up in the posh Connaught Place area of the capital. A budget of around $2.7 million will be allocated for its construction.