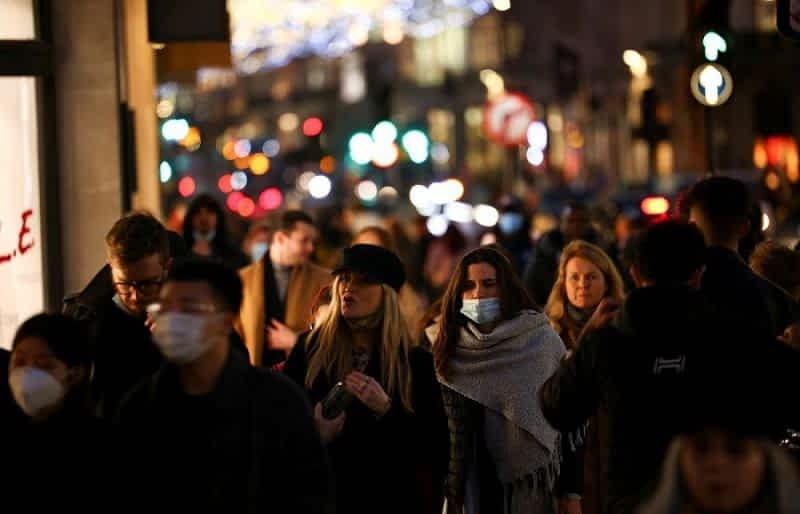 A new national lockdown in England cannot be ruled out after Christmas, British schools minister Nick Gibb said on Friday, although he emphasised the regional “tiered” system of COVID restrictions was effective.

Northern Ireland and Wales have both outlined plans to head back into lockdown after Christmas to control infection rates, raising suggestions that England might follow suit.

“Nothing is ruled out of course as we tackle this pandemic but the test system is a very effective way… to focus the restrictions,” Gibb told Sky News when questioned about a possible third English lockdown.

Asked to confirm that the government was not ruling out a post-Christmas lockdown, Gibb said: “That’s not what I said. We have a very effective tier system.”

Swathes of England’s population, including London, have either entered or will enter the highest tier of restrictions this week, Tier 3, which requires all hospitality venues such as pubs and restaurants to close except for takeaways.

The Times newspaper quoted a government official as saying the case for going further than Tier 3 was getting stronger, though measures could still happen on a local basis.

The talk of tighter restrictions comes as the Britain prepares to relax all measures over Christmas.

Prime Minister Boris Johnson resisted pressure to change the law, keeping a promise to allow three households to meet up over five days next week, but urging people to exercise extreme caution.

John Edmunds, epidemiologist at London School of Hygiene and Tropical Medicine and member of the government’s Scientific Advisory Group for Emergencies (SAGE), said the Christmas relaxation was a risk as prevalence was still high.

“It doesn’t look like the tier system is holding the epidemic wave back, unfortunately” he told Sky News. “I think we are going to have to look at these measures and perhaps tighten them up.”

Inquiry ordered into brawl between guard and student at BRT station