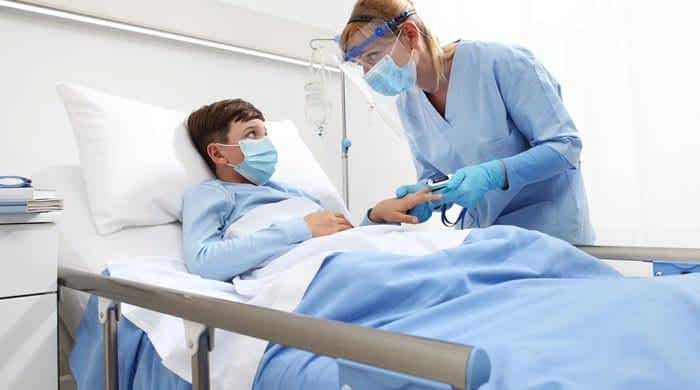 WASHINGTON: A repurposed arthritis drug has shown positive results in a clinical trial of patients hospitalized with Covid-19, according to a paper published Wednesday in the New England Journal of Medicine.

Tofacitinib, taken orally and sold under the brand name Xeljanz among others, was tested in a trial of 289 patients hospitalized with severe Covid across 15 locations in Brazil.

After 28 days, 18.1 percent of the group receiving the tofacitinib progressed to respiratory failure or death, compared to 29 percent in the placebo group.

This represented a statistically significant relative risk reduction of 63 percent.

Respiratory failure refers to a patient requiring noninvasive ventilation through an oxygen mask, or being intubated and placed on a mechanical ventilator.

Deaths after 28 days occurred in 2.8 percent of patients in the tofacitinib group and in 5.5 percent of those in the placebo group.

“We are encouraged by the initial findings of our randomized trial of tofacitinib in patients hospitalized with COVID-19 pneumonia,” said Otavio Berwanger of Hospital Israelita Albert Einstein, which coordinated the trial in collaboration with Pfizer.

“These results provide new information which indicates that the use of tofacitinib when added to standard of care, which includes glucocorticoids, may further reduce the risk of death or respiratory failure in this patient population.”

It is approved in the United States to treat conditions including rheumatoid arthritis, psoriatic arthritis and ulcerative colitis.

WHO boss says vaccine IP waiver not a property ‘snatch’