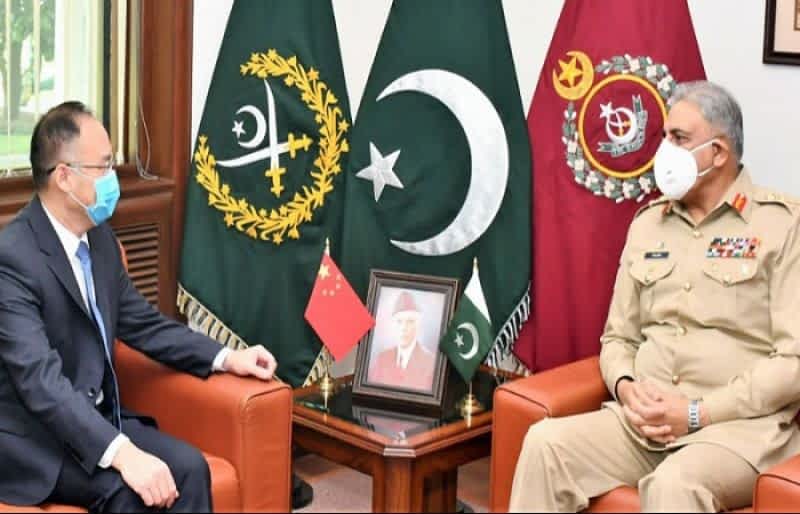 Matters of mutual interest, including regional security, were discussed during the meeting, the Inter-Services Public Relations (ISPR), the military’s media wing, said in a Twitter statement.

The two noted “exceptional relations” between both countries and pledged to further improve the same. The visiting dignitary acknowledged and appreciated Pakistan’s contributions to conflict prevention in the region.

On November 5, the Chinese envoy had called on Foreign Minister Shah Mehmood Qureshi at the Foreign Office in Islamabad. FM Qureshi congratulated Nong Rong over taking over as China’s ambassador to Pakistan.

Matters pertaining to bilateral ties, coronavirus situation, Pak-China friendship, CPEC and other issues came under discussion in the meeting. The foreign minister hoped that the relations batten Pakistan and China will further improved during his tenure.