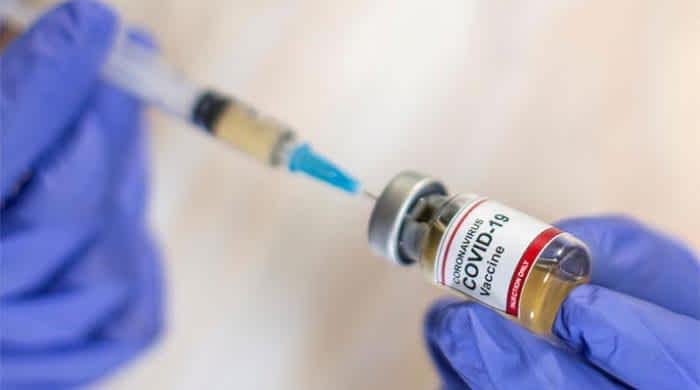 All immunisation centres in Sindh will remain closed on Sunday (today) due to a shortage of vaccines, the provincial task force on Covid-19 decided in a meeting chaired by Chief Minister Murad Ali Shah on Saturday.

They also decided resuming classes of primary grades throughout the province on Monday (tomorrow), and reopening all shrines, gymnasiums, amusement parks and swimming pools on June 28 (the following Monday).

“Its District East has a 14 per cent detection rate, South 10 per cent, Central nine

The meeting was told that Sindh had recorded 82 deaths stemming from Covid-19 over the past week, including 25 each in East and Central, eight in Korangi, six each in South and West, and four in Sukkur.

As for the passengers who have landed at the Karachi airport, the meeting was told that so far 95 per cent of the 42,532 passengers have been found to be Covid-positive.

The meeting was told that so far 3,243,988 vaccine doses have been received, of which 2,873,857 have been used and only 370,131 remain. Keeping in view the available vaccine stock, the CM decided to close all vaccination centres today.

Health Minister Dr Azra Fazal Pechuho said the federal government has informed her department that the Sputnik V vaccine will be provided to Sindh by the last week of June or the first week of July.

She said that 1.5 million doses of Sinovac will be provided tomorrow, 700,000 doses of CanSino and 400,000 doses of PakVac on Wednesday. On this the CM said that sufficient doses will be received from next week to speed up the vaccination drive.

After a thorough discussion with the task force members, the chief executive decided to reopen shrines, indoor gyms, amusements parks and swimming pools on June 28, subject to the fulfilment of some conditions, such as maintaining social distance, getting the staff members vaccinated and wearing masks are mandatory. The meeting decided to review the virus situation on June 28.

Brazil faces second highest Covid toll of 500,000 deaths after US