No one will be allowed to make a dacoity over public interest: CM 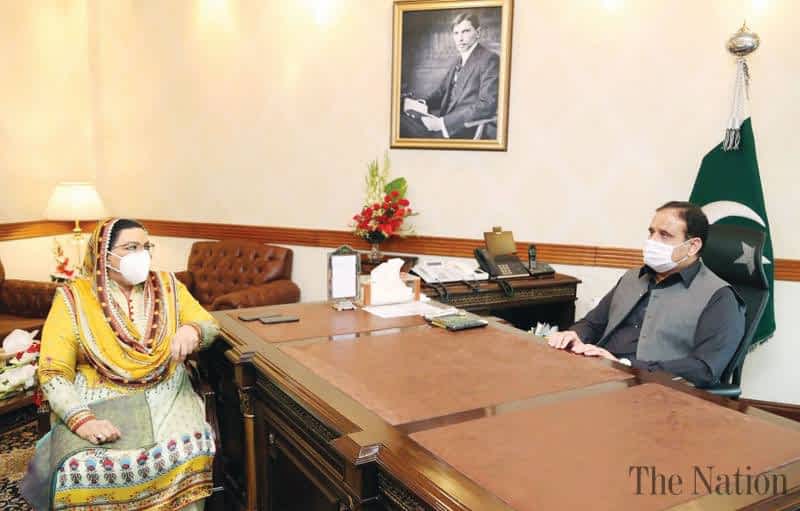 “The 2-years performance of the PTI government is better than the previous governments which needs to be highlighted”, he said in a meeting with Dr Firdous Aashiq who called on the Chief Minister on Tuesday.

The Chief Minister said the government was striving to facilitate the people and he was the custodian of the rights of the citizens. “No one will be allowed to make a dacoity over public interest”, he affirmed.

Dr Firdous Ashiq Awan said the public welfare work of the PTI government will be fully projected. Talking about the PDM parties, she said political orphans were running an organised campaign against state institutions. “The propaganda against state institutions is the agenda of enemies of the country and opposition parties have failed at every front”, she added. Usman Buzdar also stated that the slanderous campaign against institutions was, in fact, a conspiracy to weaken the country and the government will defend institutions at every level. The anti-state narrative of the opposition has been badly failed, he added.

Taking action upon the complaints of traders, the Chief Minister removed the Chief Engineer from his post while DG and Additional DG of Lahore Development Authority have been issued show-cause notices.

The CM demanded that a final deadline be given and issued directions for early completion of the project. “Delay will not be tolerated as thousands of citizens will benefit from this project”, the CM warned. He directed the project director to immediately solve the traders’ problems as shopkeepers complained that filth and stagnant water had made the business activities difficult.

The Chief Minister assured the traders to provide facilities on a priority basis as he would take personal interest to solve their problems. The shopkeepers thanked the CM for his proactive approach. While showing displeasure over the insensitivity of LDA and WASA, the CM regretted the concerned officials were oblivious of their duties. “”Should the CM personally supervise each and everything”, he enquired and stated that he was deeply saddened over officers’ impassiveness towards the general public. “Enough has been tolerated and no negligence will be tolerated now”, he further warned.