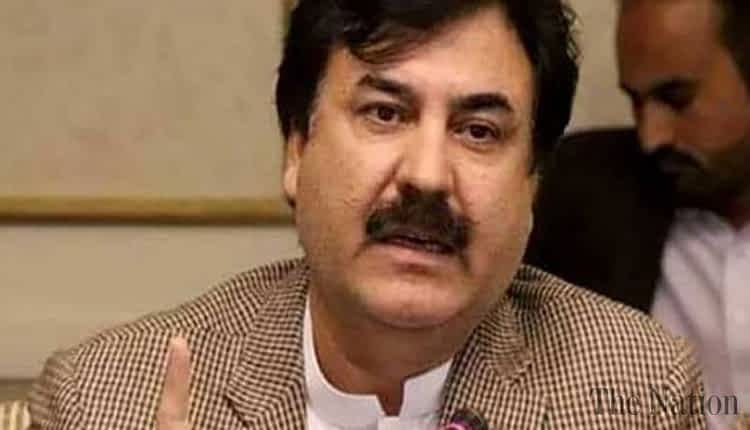 PESHAWAR   –  Minister for labour and culture, Shoukat Yousafzai on Sunday said that opposition only wanted disturbance and chaos in the country.

He termed the opposition parties rally in Gujranwala as totally flop show to attract common people.

In a statement, he said that opposition parties should first tell the nation for what purpose the rally was held. He asserted that Nawaz Sharif called himself a lion but sitting in London instead of coming country to face corruption charges. He said a convicted person from abroad was conspiring people against elected government.

He claimed that people had rejected narrative of the opposition which only wanted to get NRO and stop accountability process. Shoukat Yousafzai condemned slang language used during speeches reflecting frustration of the opposition parties.

A recent research conducted by experts in Spain revealed that the children who carried 10 percent extra weight of school bags than their body weight face multiple complication including severe pain in neck, back and shoulder while it also had worst effects on their overall growth.

Attaching priority to children’s health the Khyber Pakhtunkhwa (KP) cabinet recently approved a proposed “School Bags Limitation Weight Act 2019” in which the public and private schools would be bound to reduce the weight of school bags less than 15 percent of the child’s weight.

The bill proposed severe legal action against principals of public schools while private schools would face a penalty of Rs200,000 and cancellation of registration as well.

The public and private schools would provide lockers to students for keeping their books, copies and other necessary items.

The bill which was proposed on the directives of Peshawar High Court proposed different weight of schools bags for students of class KG to Grade-12.