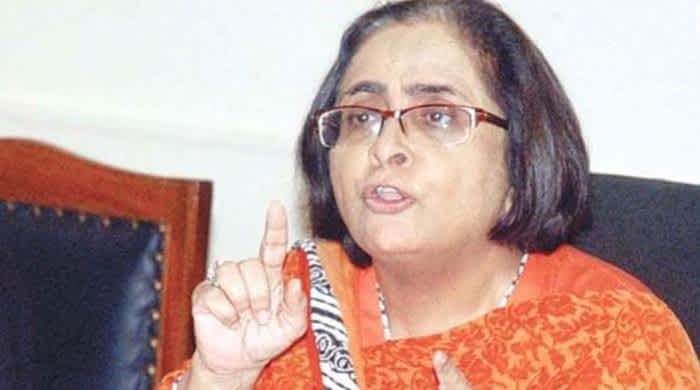 Over three million people have been screened for Covid-19 in Sindh since the first case of the infectious disease was reported in the province one year back on February 26, said provincial health minister Dr Azra Pechuho on Friday, adding that the disease claimed 13 more lives over the past 24 hours, bringing the death toll to 4,335.

“We have so far conducted over three million PCR tests for Covid-19 in the province, of which over 257,000 people tested positive for the infectious disease. At the moment, we are conducting 16,500 Covid-19 tests daily in the province,” she said in his message on the completion of one year of the pandemic in the province.

Yahya Jafri, a student of the University of Karachi, was the first case of Covid-19 who had been tested positive in Karachi on February 26, 2020, on his return from Iran after pilgrimage, following which people started contracting the coronavirus and spreading it to each and every town of the province.

Dr Pechuho said that following the first case of Covid-19 in the province, the government took timely and necessary steps to face the challenge despite the uniqueness of the situation, and it started providing the best available medical services to the patients.

She added that in addition to training health workers and doctors to tackle the pandemic, special wards were established in hospitals, and compared to other regions and provinces, Sindh demonstrated the necessary foresight to curb the spread of the virus.

“Sindh was the first province to announce a lockdown, which greatly curbed the spread of the coronavirus,” she said, adding that the detection rate of the Covid-19 infection in the last one year had been between eight and nine per cent.

There are 1,195 ICU beds available in Sindh, and 3,325 high dependency units have been installed dedicated to the challenges of the pandemic, the health minister said, adding that in a short time ventilators were also procured specifically for Covid-19 patients.

She claimed that there was a great sense of pride in knowing that the trust of the people in the government health facilities had increased exponentially during this difficult time, and that treatment was offered free of charge in the province.

Similarly, she said, Sindh was the first province that established the first infectious disease hospital in Pakistan, where free of charge treatment facilities of international standards were available, she said and added that vaccination was also a milestone achieved in the province.

“In order to save lives, it is imperative that the people come forward to receive the vaccine against Covid-19. The campaign for the vaccination process is underway and has been implemented at regional and district levels as well. Only after vaccinating 80 per cent of the population, can a country return to normalcy.”

As many as 13 more patients died overnight, taking the death toll in the province to 4,335, constituting a 1.6 per cent detection rate, said Chief Minister Syed Murad Ali Shah in his daily Covid-19 situation report on Friday.

He said 10,865 samples were tested, and 322 cases emerged, which constituted three a per cent detection rate.

Currently, 12,138 patients are under treatment. Of them 11,732 are in home isolation, eight at isolation centres and 398 at different hospitals. The condition of 362 patients is stated to be critical, including 50 shifted onto ventilators.

The chief minister urged the people of the province to follow the standard operating procedures that his government has put in place to prevent the spread of the coronavirus.