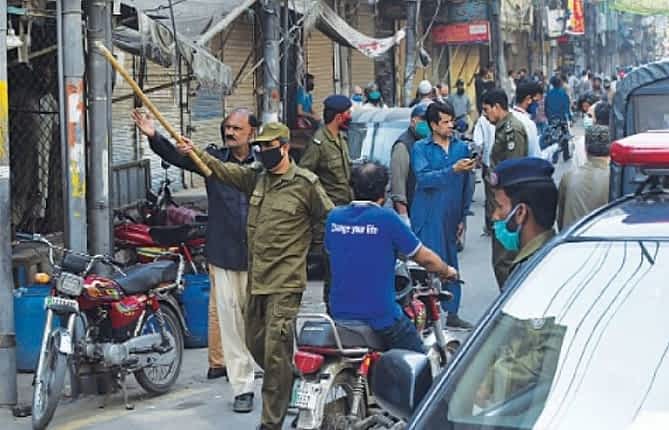 Over 60 shops, restaurants and stores have been sealed besides imposition of fines by the district administration in Lahore over the violation of standard operating procedures (SOPs) against COVID-19, on Thursday.

The district administration has conducted an operation against violators of the standard operating procedures (SOPs) against COVID-19 in different parts of the Punjab capital Lahore.

According to details, 65 shops, stores and cafes have been fined up to Rs64,000, whereas, assistant commissioner sealed eight shops in Model Town tehsil.

The Assistant Commissioner Shalamar sealed 21 shops and stores besides imposition fines worth Rs39,000.

According to the latest statistics of the National Command and Operation Centre (NCOC), the COVID-19 claimed 53 more lives and 2,363 fresh infections were reported.

In the past 24 hours, as many as 2,179 patients have recovered from the virus in a day and 2,324 patients are still in critical condition including 27 new cases.

According to the National Command and Operation Centre (NCOC), with fresh inclusion of the infections in the country the national tally of cases now currently stands at 527,146.

A total of 43,744 tests were conducted across the country during this period. Overall 480,696 people have recovered from the deadly disease so far while 7,525,432 samples have been tested thus far.