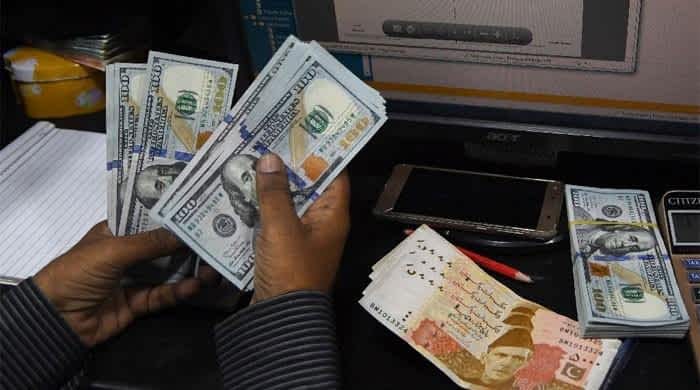 KARACHI: Overseas Pakistanis sent home record remittances in the fiscal year 2020 (FY20), totalling at $23.12 billion and reflecting a surge of 6.4%, the State Bank of Pakistan (SBP) said in a statement issued Monday.

Foreign remittances also shot up almost 7.8% during the four months of the coronavirus pandemic — including March, April, May, and June — and subsequent lockdown specifically, the central bank noted.

Year-to-date (YTD), however, overseas Pakistanis sent in remittances worth $2.46 billion.

In the same month, money sent back home from Saudi Arabia was recorded at $610 million, whereas that from the US, United Arab Emirates (UAE), and the UK were clocked in at $450 million, $430 million, and $400 million, respectively, the SBP underscored.

In its statement, the central bank cited countries easing their lockdowns in June as one of the reasons behind the higher remittances. The relaxation allowed overseas Pakistanis “to transfer accumulative funds, which they were unable to send earlier”.

“Further, it is also believed that they sent remittances to support extended families and friends due to COVID19,” the statement added.

“Supportive government policies in terms of extension of Reimbursement of TT Charges Scheme (Free Send Remittance Scheme) to small remitters by reducing the threshold from USD 200 to USD 100, as well as, broadening the scope of an incentive scheme for marketing scheme for financial institutions increased the incentives for sending remittances through regular channels.”

Dutch to turn diapers into furniture