Pak vs Eng series to be broadcast in Pakistan: Fawad 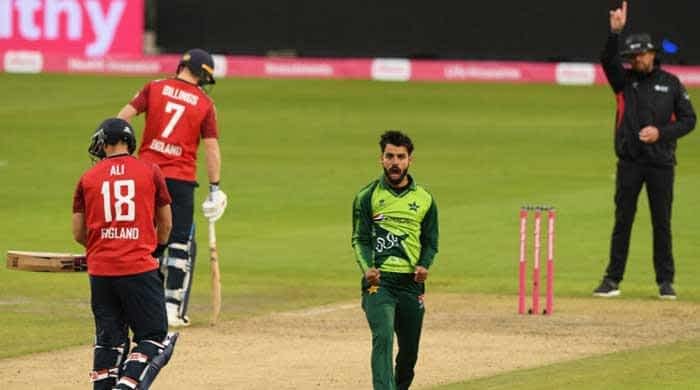 File photo of a Pakistan vs England ODI match.

Pakistan has solved the  broadcasting issues for the upcoming cricket series between England and Pakistan, as per Information Minister Fawad Chaudhry.

Earlier this month, Chaudhry had said that the series between the two teams will not be broadcast in Pakistan as Indian broadcasters  Star and Asia had rejected a contract request from by the PTV.

Federal Minister for Information and Broadcasting Fawad Chaudhry said Friday that the government “has found a way to broadcast the Pakistan-England series.”

“Congratulations to Multan Sultans for becoming the new [PSL] champions,” he tweeted. “I thank Rizwan, Babar Azam, other Pakistani and foreign heroes who partook in this fabulous cricket event.”

“We have solved the problem of broadcasting the Pakistan-England cricket series,” he tweeted.

Earlier this month, Chaudhry had said that Pakistan’s upcoming tour to England would not be broadcast in the country due to a license issue with Indian broadcasters.

Chaudhry had said that the Pakistan Television’s (PTV) request for a contract with Indian broadcasters Star and Asia — who have the rights to air the match — had been rejected.

“Indian companies hold the rights to broadcast [matches] in South Asia …. and we cannot conduct business with any Indian company,” he had said.

The information minister had said Pakistan would approach the England Cricket Board to try and arrive at another solution. He had reiterated that the country would not do business with India till it takes back the August 5, 2019, decision — when New Delhi revoked occupied Kashmir’s special status.

“Normalisation of ties with India is subject to it taking back the August 5 decision,” he had said.

The Pakistan Cricket Board (PCB) and PTV will indeed face considerable losses as a result of this, the information minister had added.

The first match of the series, an ODI, will be played at Sophia Gardens, Cardiff on July 8.