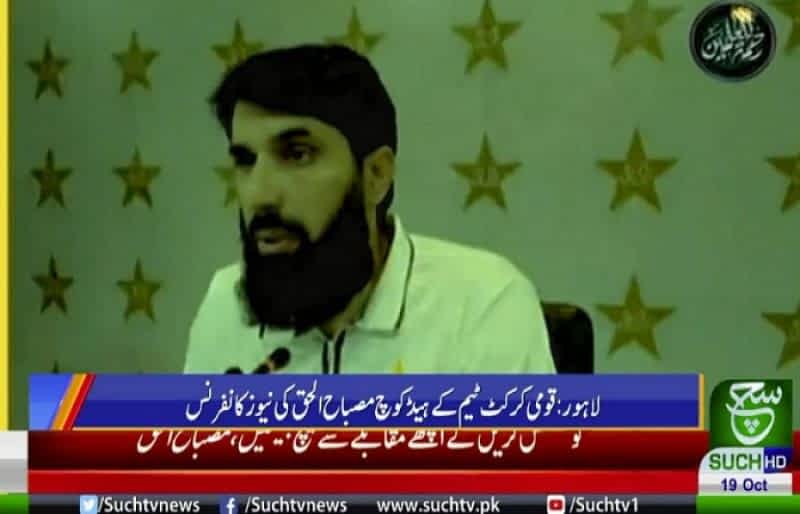 Pakistan head coach and chief selector Misbah-ul-Haq today named 22 probables for the ODI and T20I series against Zimbabwe, insisting he has opted for experience in the 50-over matches and provided extended run to the youngsters in the T20I format.

Zimbabwe will arrive later today for three ICC Men’s Cricket World Cup Super League matches on October 30, November 1 and 3, which will be followed by three T20Is on November 7, 8, and 10.

Addressing the press conference in Lahore, Misbah said the Pakistan Cricket Board (PCB) would give more chance to young players like Khushdil Shah and Haider Ali in T20 format so that they can show what they are capable of at the highest level and cement their places for future assignments.

He said that the selectors have resisted the temptation of experimenting in the ODIs for three simple reasons.

“Firstly, we cannot afford to be complacent and have to respect each and every opponent irrespective of their strength or international ranking. Secondly, every ODI counts as it leads towards automatic qualification for the ICC Cricket World Cup 2023, and thirdly, we have not played any ODI cricket in the past 12 months.”

“For the Lahore T20Is, the selectors have preferred continuity and consistency, while acknowledging the just concluded National T20 Cup had provided some exciting talent, which will be considered for the Pakistan and Shaheens’ next month tour to New Zealand and early next year’s home T20Is,” read the PCB statement.

The selectors have rewarded Central Punjab’s Abdullah Shafiq with a call-up after the 20-year-old former Pakistan U19 batsman finished as the seventh most successful batsman in the National T20 Cup with 358 runs with a strike-rate of over 133. Abdullah scored a century on his T20 debut, becoming only the second player in history to make a century on both first-class and T20 debuts.