Pakistan cricket squads to get back on field tomorrow 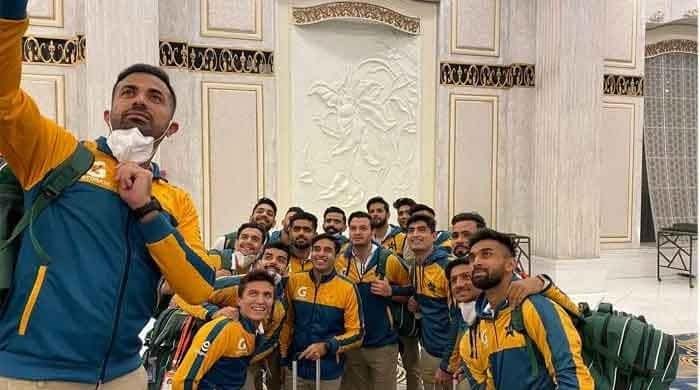 KARACHI: After spending more than two weeks in managed isolation, members of the Pakistan cricket squad are finally set to get back to the cricket field on Wednesday.

An official of the Pakistan Cricket team confirmed on Tuesday that the players have several practice sessions lined-up for the next few days ahead of Pakistan’s T20Is and Shaheens’ first-class cricket against New Zealand.

According to the PCB official, Pakistani cricketers will resume training starting Wednesday at Queenstown.

On Thursday and Friday, Shaheens will have their routine net sessions while the national cricket team will play an intra-squad 20-over scenario-based match.

The PCB added that Shaheens will depart for Whangerei on December 14 to face New Zealand A in a four-day match, that will begin on December 17.

Similarly, Pakistan men’s national side will travel to Auckland on December 15 for their T20I series against New Zealand, which will commence on December 18.

The Pakistan Cricket team had spent 14 days in strictly managed isolation in Christchurch with the exemption to train during isolation denied after six players tested positive on day 1 of testing, followed by four more positive cases on day 3 and 6.

Of 10 positive cases, four were confirmed as historical while five have completely recovered. One player – a top-order batsman – continues to be in quarantine and is likely to be released by Thursday if a negative result comes back.

Donald Trump impeached by US House for second time