Pakistan extends restrictions on inbound travel from UK till Jan 4 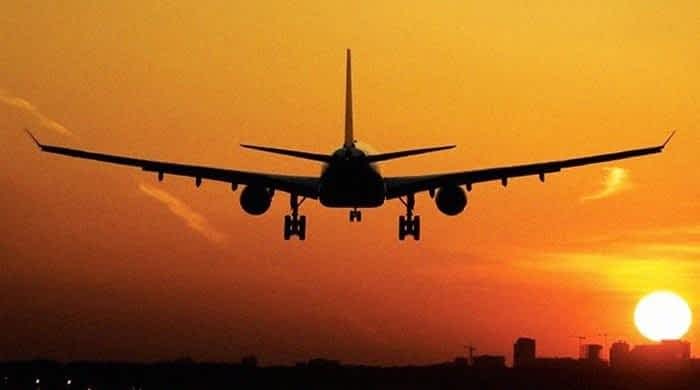 ISLAMABAD: Pakistan on Monday announced that it was extending the travel restrictions it had imposed on inbound travelers from the UK to January 4, 2021.

On December 21 and 22, Pakistan announced travel restrictions for inbound travelers from the UK, after infections from a more contagious strain of the novel coronavirus started surging in the European country.

Previously, the CAA had announced that the ban would remain in effect till December 29, 2020.

A notification from the Aviation Division earlier had said that the curbs would remain in place from December 22-29, and will apply to persons who originate travel from the UK and are in, or have been in Britain over the past 10 days (from the date of the issuance of the notification).

Several countries around the world banned air travel to and from the UK, fearing the new passengers will bring the new strain of the virus to their soil as well.

The Pass Track App app — which records the basic information of passengers arriving in Pakistan — was made mandatory for people coming into the country.

A day later, Pakistan announced it had updated the travel restrictions, relaxing them for Pakistani passport holders.

The CAA had announced that Pakistani passport holders who have been issued Business, Visitor or Transit visas by British authorities could return to the country provided they had a negative PCR test.

The test, however, must have been taken 72 hours prior to the start of their travel to Pakistan, the aviation authority had said.

The government had also allowed Pakistanis who hold study, family, work and settlement visas in the UK to return to Pakistan “if their visas are expiring within the next 30 days from the issuance of this letter while holding negative PCR Test Reports conducted within the 72 hours prior to commencement of travel to Pakistan”.

The CAA had said that flight crew members could disembark in Pakistan provided they get themselves tested for coronavirus upon arrival and quarantine themselves in designated hotels.

The crew members that test negative will be allowed to perform their duties in Pakistan while those who test positive will have to quarantine in the designated hotels, for a time specified by the country’s health authorities.

How will UK play its 'sovereignty card' on world stage post-Brexit?

Anushka Sharma slams duty divisions in traditional households: ‘It is all about shared duties’