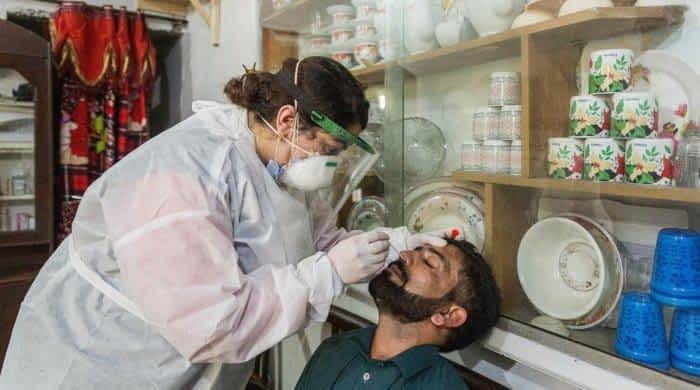 As the coronavirus situation deteriorates during the third wave in Pakistan, the country reported 148 new fatalities, taking the total death tally to 16,600 on Wednesday.

As per the official statistics issued by the National Command and Operation Centre (NCOC), 5,499 new positive cases have been reported in the last 24 hours after 47,301 tests were conducted across the country.

In addition to this, 5,488 patients have recovered from the virus in the last 24 hours across the country, bringing the total number of recoveries to 672,619.

The coronavirus situation has deteriorated further in Pakistan leading to stringent restrictions from the NCOC to curb the spread of the virus.

Earlier, Minister for Planning and Development Asad Umar, said that the country’s oxygen supply capacity is now under stress amid the third wave of coronavirus.

The federal minister, in a tweet, said that critical care patients in the country are now above 4500, which is 30% higher than the peak in June last year.

Pakistan restricts use of AstraZeneca coronavirus vaccine for people under 40