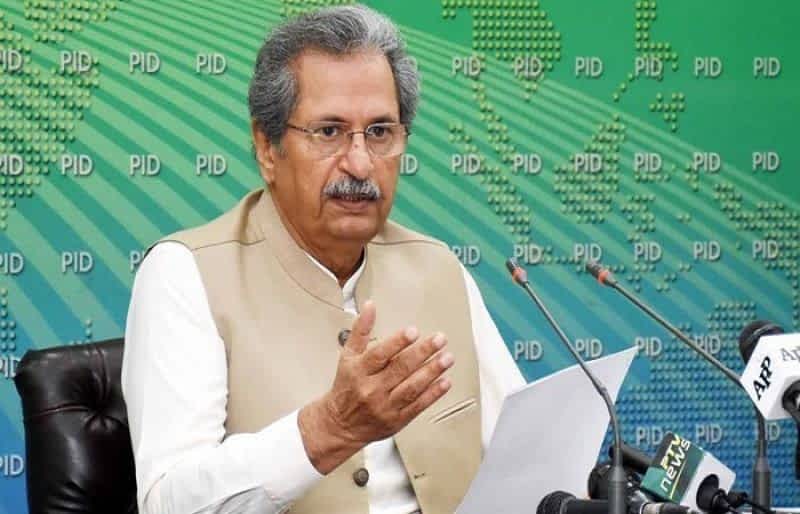 Schools and other educational institutions are not being closed, stated Federal Minister for Education, Shafqat Mahmood on Monday despite a recent surge in coronavirus cases across the country.

“Rumours again afloat regarding school closures. It is again clarified that educational institutions are NOT being closed,” he announced via a tweet.

He stated that the government will continue to monitor the health of students, teachers and school staff “but at the moment no such decision (about closing schools or educational institutions) has been made”.

Mahmood’s tweet comes a day after Punjab Education Minister Murad Raas also dismissed speculation that schools across the province were not being closed due to rising cases of the novel virus.

Rumours again afloat regarding school closures. It is again clarified that educational institutions are NOT being closed. We will continue to monitor the situation as health of the students, teachers and staff is very important but at the moment no such decision has been made

“Keeping a very close watch on COVID 19 cases in Schools of Punjab. Random testing is being done continuously. There is a slight increase in numbers but nothing alarming. Situation being analysed on daily basis. There is NO plan to close Schools as of right now. Please follow SOPs,” he had tweeted.

Pakistan imposed a countrywide lockdown on March 24, but began easing it 21 days later, even as COVID-19 cases were surging in the country. The deadly virus reached its peak in mid-June, when over 6,000 infections were recorded in a day with over 100 deaths.

The country nonetheless saw a sharp decrease in COVID-19 cases in August, with as few as 213 new cases reported on August 30. Following this, the government decided to allow educational institutes to reopen from mid-September.

By October, infections were on the rise again.

London Mayor advises Americans against voting for Trump in US elections