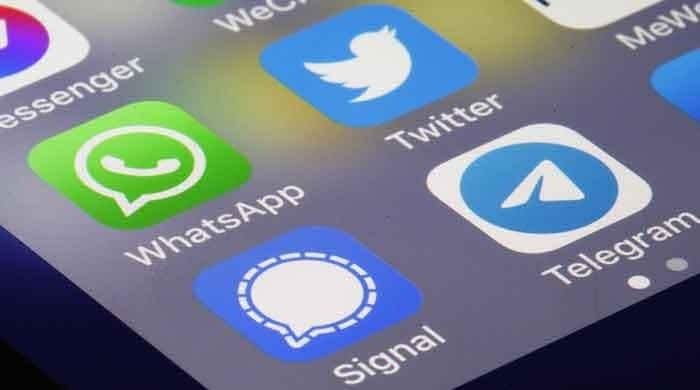 The picture shows logos of WhatsApp, Signal and Telegram. File photoSignal sees a 47,529%jump in downloadsTelegram was downloaded  687,000 times between Jan 5 and Jan 12
WhatsApp suffered a decline of 28%

The number of downloads in the country recorded a massive spike while WhatsApp suffered a heavy decline in usage.

The world’s most used messaging app came under fire across the globe over its new terms of service putting its data security under scrutiny from the users.

In an announcement on January 4, WhatsApp had told its two billion users that they will not be able to use its services after February 8 if they do not allow it to share data with Facebook. It has since revised this deadline.

According to data from analytics firm Sensor Tower, Signal was downloaded 462,000 times  between Jan 5  and Jan 12, recording a 47,529% increase compared to the previous week.

Similarly, Telegram was downloaded 687,000 times during the said period, recording a 1,172% jump.

WhatsApp scrambling to control the fallout, launched a global communication initiative but failed to satisfy the users and ultimately postponed the new policy till May.

“Thank you to everyone who’s reached out. We’re still working to counter any confusion by communicating directly with WhatsApp users.

“No one will have their account suspended or deleted on Feb 8 and we’ll be moving back our business plans until after May,” it wrote on Twitter.

WhatsApp added that it will give plenty of time to users for them to review and understand the terms of use.

“Rest assured we never planned to delete any accounts based on this and will not do so in the future.”