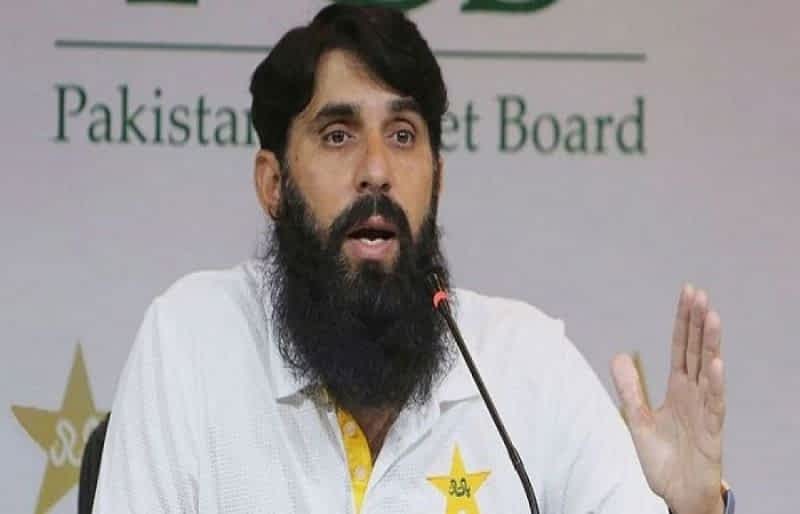 Pakistan cricket team’s Head Coach Misbah ul Haq on Tuesday said that the team’s morale was high after whitewashing South Africa in the two-match Test series, saying that the team will continue its winning run in the T20 series as well.

The head coach of the national squad was speaking to media virtually where he spoke at length about the recent Pakistan-South Africa Test series and the players’ performances.

“This home series was very beneficial for us,” he said. “For one, the team at home performs well in its own conditions and there is no pressure on them,” Misbah added. “Secondly, it provides an opportunity to develop the players.”

The former Pakistan captain said he did feel pressure about whatever the cricket committee had said after the green shirts lost the away series to New Zealand recently. “The only pressure was of the team performing well and winning the Test series,” he said, adding that credit for the series victory goes to the entire squad.

“The lower order played well. Bowlers and batsmen were performing well for over a time period but we weren’t getting any success,” he said. “Our fielding improved this Test series. We didn’t miss any chances hence I believe our fielding made the difference.”

‘Players have a lot of potential’

The Pakistani head coach said that after trouncing South Africa 2-0 in the series, the green shirts’ morale was high. He said the team will attempt to continue their winning run in the T20s as well.

“This is not a very experienced side but they have a lot of potential,” he said. “They will take advantage of opportunities. I can’t even say this is an entirely inexperienced side because it has some players that have been consistently playing for the team,” Misbah added.

Misbah said he had backed Faheem Ashraf and Mohammad Rizwan because he knew they were talented cricketers. “Both are performing continuously for Pakistan. We needed a bowling all-rounder at the seventh position and Faheem Ashraf has filled that for us,” he added.

He praised Player of the Series Mohammad Rizwan, adding that the wicketkeeper was a hard worker who wanted to avail opportunities.

Misbah admitted that the national team’s openers were out-of-form, adding that they needed confidence. “We will work on their mistakes, I will be present in the National High Performance Centre and we will work on them [openers] for a month-and-a-half.”

Misbah said that Pakistan cannot afford to waste its openers, adding that they should not be dropped after only one or two series.

“We will work on Abid Ali, Shan Masood, Imran Butt and Abdullah Shafique because only they are the ones who are performing at the moment [among openers in the domestic circuit],” he said.