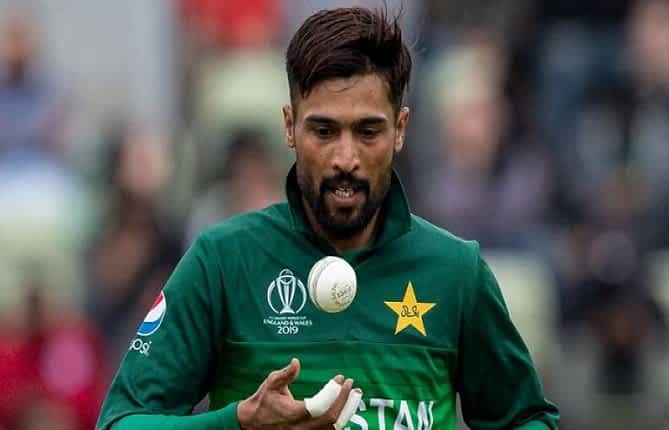 Pakistan left-arm pacer Mohammad Amir said he was leaving the world of cricket due to “torture” and an environment created by the Pakistan team management that is “pushing him away”.

In a video shared by sports journalist Shoaib Jatt, Amir explained his reasoning for leaving cricket. “I am not going away from cricket but I am being pushed away from it,” the left-arm pacer said, adding that an “environment” has been created for him to get “sidelined”.

“The environment that has been created, I feel that I cannot play cricket under this management,” said Amir.

The 28-year-old said he got a wake-up call once he was not named in the 35-man squad for the Pakistan tour to New Zealand.

“I feel that I am leaving cricket at this time because I am being mentally tortured,” said the pacer. He added that he “cannot survive this much torture” because he has already seen it from 2010 to 2015 when he was placed under a ban over a spot-fixing scandal.

Amir said he was being tortured by being told that the “PCB invested a lot” in him.

He dismissed the statement and said there were only two people from the PCB that invested in him — Shahid Afridi and former PCB chairperson Najam Sethi.

The 28-year-old said both men supported him because when he was returning his teammates used to say that they will not play with him.

“I will always be thankful to these two people as they supported me in my tough time,” said Amir.

The pacer also spoke about his decision to retire from Test cricket, saying it was his “personal decision” that was being portrayed “incorrectly”.

“I took a personal decision and it was presented incorrectly before people by implying I do not want to play for the country,” said Amir. He said this decision was attached to him playing in different leagues around the world.

However, Amir reminded everyone that his comeback was “due to those leagues”, adding that he had come back to cricket from the Bangladesh Premier League after his ban ended.

“I had the best time then. If I was dying [to play] for leagues, I could have said that I am no longer playing for Pakistan and playing here and let me enjoy here,” said Amir.

The left-arm pacer said he wanted to invest as much as he could in white-ball cricket for Pakistan but “after every one month or two” something controversial would be said about his decision.

Hours after the announcement Pakistan Cricket Board said in a statement that its CEO Wasim Khan spoke with Amir after he saw the reports that the fast bowler had announced his retirement from international cricket.

“The 29-year-old confirmed to the PCB chief executive that he has no desires or intensions of playing international cricket and as such, he should not be considered for future international matches,” said the statement.

The statement further said that the decision to retire was a personal one for Amir, adding that it “respects” his decision. It also added that it “will not make any further comment on this matter at this stage”.

Amir’s decision to retire has come quite abruptly and the pacer had recently featured in the Lanka Premier League.

The left-arm pacer had played 147 international matches in which he took 259 wickets.

He was part of the Pakistan squad which won the 2009 World T20I and the 2017 Champions Trophy.

The pacer was also banned for five years for his involvement in the 2010 spot-fixing scandal during Pakistan’s tour of England in 2010.

Amir had earlier retired from Test cricket citing workload reasons and had made himself available for the limited-overs format.