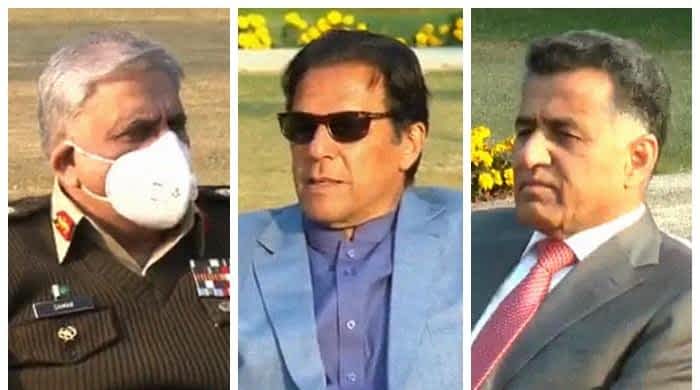 ISLAMABAD: Pakistan’s top military brass and Prime Minister Imran Khan on Thursday resolved to ensure the country’s defence “at all costs”  in a meeting in Bani Gala.

According to the prime minister’s office, discussions pertaining to the external security situation comprised India’s aggression, both in occupied Kashmir and across the Line of Control (LoC) through ceasefire violations (CFVs) — which PM Imran Khan had earlier said exceeded 3,000 in 2020 alone.

“Ceasefire violations and frequent provocative measures from Indian forces along Line of Control came under discussion,” it added.

The top military brass and the premier resolved that Pakistan’s defence would be ensured at all costs with the support of the entire nation.

A week earlier, Indian troops had targeted along the LoC a United Nations Military Observer Group in India and Pakistan (UNMOGIP) vehicle, which, according to the ISPR, was on its way to Polas in the Chirikot sector to meet victims of New Delhi’s ceasefire violations.

The attack resulted in no injuries but damaged the vehicle the observers were travelling in.

That same day Foreign Minister Shah Mahmood Qureshi had warned the world that India planned to conduct a surgical strike against Pakistan, saying he had received information “through our intelligence agencies” that New Delhi intended on fanning a new wave of terrorism.

PM Imran Khan had earlier said if India was “reckless enough” to conduct a false flag operation against Pakistan, it would be faced with a “strong national Pakistani resolve” and be given a befitting response.

“The Modi [government] will divert from [its] internal mess by conducting a false flag operation against Pakistan,” the premier had said, warning the international community.