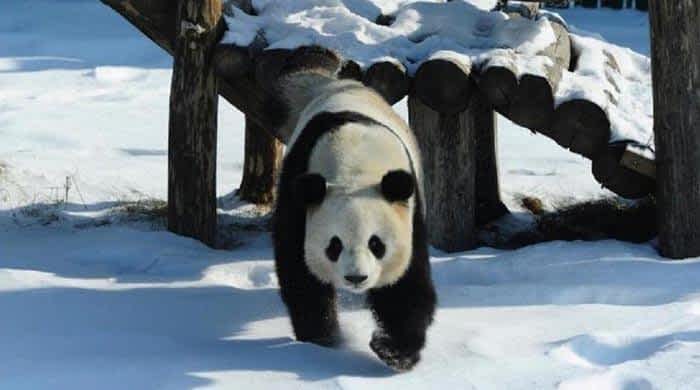 Despite freezing temperature and heavy snow, a fuzzy black and white giant panda enjoyed itself by rolling in the cold white flakes that have accumulated in Yabuli, a town in northeast China’s Heilongjiang Province.

This is the second winter for the giant panda Sijia to stay in Heilongjiang, which is well-known for its cold season.

The white blanket of snow made the giant panda pretty excited, so the adorable animal enjoyed the scenery as well as itself by rolling down from a wooden swing.

The panda has become accustomed to the local weather with distinctive four seasons, but is especially fond of snow, according to Yu Tengjiao, the curator of Yabuli Panda House.