Pandemic won’t end after 9-day lockdown ‘but hospitals will not choke up’: Sindh CM 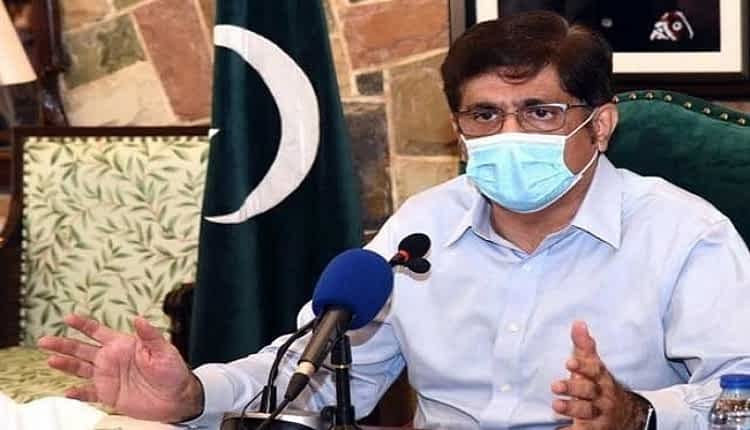 After the Sindh government on Friday announced a nine-day lockdown in Karachi — from July 31 to August 8 — Sindh Chief Minister Murad Ali Shah addressed a press conference to respond to concerns and criticism regarding the decision.

The chief minister said that it is being said that “it is not as if the pandemic will end in nine days”, but what must be understood is that in this period “hospitals will not choke”.

Answering a question regarding why a nine-day lockdown was announced, versus a 15-day one, Shah said that the task force, in its meeting today, acknowledged that this period — which amounts to five actual days of lockdown as four days will be regular off days for businesses anyway — will be one “that will cause minimum economic damage”.

He added that doctors concurred that “something is better than nothing”.

“At least a break will be provided — think of it as a speed breaker slowing things down,” Shah said.

“Then, when we reopen, I hope people will continue to follow SOPs, so we are not forced to repeat such a move,” the chief minister said.

Shah said that after the meeting, he spoke to National Command and Operation Centre chief Asad Umar, as well as Special Assistant to the Prime Minister on Health Dr Faisal Sultan “and both assured me of the Centre’s cooperation”.

“Whatever we have notified is after consultations and taking NCOC on board.”

The Sindh chief minister said that the order extends to all of Sindh “but our focus is on Karachi because it is the worst off”.

He said that no exams will take place from Monday-Friday and the two weekends that fall within the lockdown period.

Shah, responding to whether private organisations will be required to remain shut, said that the government “is advising that they do remain shut or keep staff to a minimum”.

“The purpose is for no one to exit their home, unless there is an emergency,” he explained.

The Sindh chief minister urged all the media persons to encourage everyone to get vaccinated, as all vaccines offer protection.

“Vaccinated individuals are an extremely low percentage of those people who die due to coronavirus,” he said.

Shah said that in the next nine days, people should “forget about everything else, and just focus on getting vaccinated”.

He acknowledged that people might have to queue up in long lines to get themselves inoculated “but this is in your own benefit”.

To a question, he said that the government is trying to increase the number of vaccination centres and mobile vaccination centres, and is mulling on a suggestion by the ulema to have mosques and imambargahs used for the exercise.

The Sindh chief minister said that those wearing a mask “will not be caught”, whereas he “won’t be able to anyone found not wearing one”.

Shah said that the lockdown being put into practice now is not as severe as the one that was in place last year in March, and gave credit to the swift and steadfast lockdown in March 2020 as being one of the primary reasons for COVID infections not overwhelming the province.