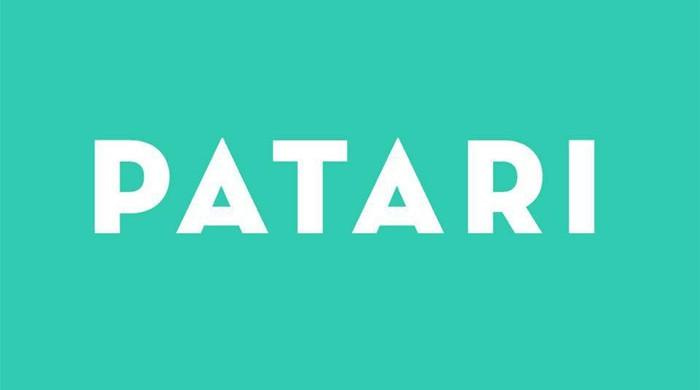 Patari, a music start-up and Pakistan’s largest streaming site has, over the last year or so, become known for its brilliant original projects and platforms such as Patari Tabeer, Patari Fanoos (created in partnership with Zohaib Kazi) and Patari Aslis Volume I and II.

In 2018, for instance, Patari has continued releasing on Aslis Vol. 2 platform, which is, according to CEO Ahmer Naqvi, “a platform for independent, upcoming musicians to release their original tracks without any creative dictation”. The start-up also launched the successful Baajay Aur Ballay series this year, where vlogger Irfan Junejo met five musicians and sportsmen each from five cities across Pakistan.

Patari is also home to some of the most delicious music made in Pakistan, ranging from big names like Junoon, Strings to independent artists from around the country.

In this interview with Instep, Patari CEO Ahmer Naqvi addresses the issue of payments, upcoming plans and how independent artists can make money through streaming with the start-up…

Ahmer Naqvi (AN): Patari has made multiple payouts, in excess of several million rupees. The payouts were earned by all artists on the platform, though artists have to earn over Rs. 3000 to be actually sent a cheque. Around seventy artists, aggregators and labels have been sent their payments, not including those artists who have deferred payments, those whose shares are too low to be sent cheques and those who have yet to respond to the payout announcement. We still have outstanding payouts for the year 2017, which we are committed to clearing within this fiscal year.

The major problem for Patari is one that pervades our media space in general, which is long delays in payments. Having personally worked in the electronic and print media, I have known how long media houses and advertisers often take to make payments. This is an issue across the industry, and not limited to one or two actors. This means that for us, not only do we have to work to monetise the content but then also wait to get the payment cycle going. Beyond this, there is also the issue of taxation etc, and many artists do not have their taxation issues addressed, which causes further delays.

Instep: There is a perception and allegations by some that Patari has not paid artists. What would you say to that?

AN: Factually, that isn’t true. Our payouts are based on a formula that all artists are made aware of. Our ability to make payouts is determined by how we are able to monetise the content, and based on that we have made multiple payouts, for which there are newspaper reports and financial records as proof. However, I understand that this perception exists, which arises out of the long payment cycle. This was something that we ourselves had to learn as we started off.

What sets Patari apart from a lot of other services is that we create content as well. We have worked with many independent artists, across different genres and styles in our original productions. In each, not only have artists been paid for their work beyond the payouts, we have also stuck to our principle of complete creative autonomy. We have launched and promoted the work of many independent artists, and continue to showcase them on our platform.

Instep: How do you think Patari can counter this growing perception (of non-payment) within the artist community?

AN: We are doing everything possible to increase the frequency and size of payouts. Key to this approach is our paid premium subscription offering, which is currently in beta launch. It will take time to grow, but allows us to generate additional revenue and more royalties for artists.

Instep: How can independent artists make money through streaming on Patari when they are just starting off?

AN: We are very proud of Patari serving as a platform for musicians all across Pakistan, and we have repeatedly featured new names alongside famous ones. We have actively sought out the many subcultures and genres that populate the diverse sonic landscape of our people.

Our Tabeer project was designed to address this issue, by giving a platform to voices that never make it to the mainstream. The success of artists like Abid Brohi and Lyari Underground serves as a template of what is possible.

The Aslis platform was created to let young musicians earn off new original music, rather than playing covers for corporate brands. It serves as the only space where new musicians can be themselves, and the rollout of almost a dozen new/underground artists so far pays testament to that.

Beyond this, we also create customised promotional strategies for all kinds of artists, regardless of their current commercial appeal because we have a profound faith in the quality of their work.

Ultimately, our industry is still very lopsided, and changing that will take time. What Patari is attempting to do is help new artists fashion the narratives, the ideas and the promotion through which they can set themselves apart from the noise.

Instep: How soon is Patari launching a subscription service which will allow users to pay for streaming tracks?

AN: The paid service has already been launched for users outside Pakistan through a beta rollout and people have already started to sign up. We will be launching campaigns to accelerate the subscription take-up. This is an exciting development as fans can directly support artists by subscribing.

AN: It’s a really big moment for us, because Abid Brohi is in many ways the star that launched us as a service in the popular consciousness. I think the song has so much of the natural charisma and appeal that Abid possesses, and I really hope it resonates with the audiences. The song is about the futility of education without access to jobs, and I think it is a brilliant debate to bring up by a young man during an election year. Of course, because it is Abid Brohi after all, the song is crazy infectious and vibrant and I am very hopeful of the impact it will have.

Four more killed due to coronavirus in Sindh