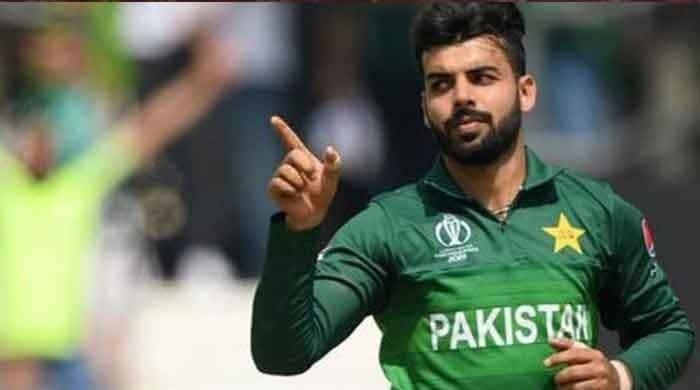 NEW ZEALAND: Pakistan Cricket Board (PCB) on Thursday announced the final names of the 15 cricketers who will be playing the first T20 match against New Zealand.

Shadab Khan said that the team was allowed to have a 17-member squad because of COVID-19 rules, but they decided not to included Musa Khan and Usman Qadir as of now.

“We can use them in the team if needed,” he said.

According to sources, the Pakistan Cricket Board (PCB) management picked Shadab Khan for captaincy after being satisfied with his fitness. Shadab replaced Babar Azam who was ruled out of the New Zealand T20Is after suffering a fracture in his right thumb during Sunday morning’s practice session.

Shadab Khan said he is honoured to lead the Pakistan team for the first time.

“Babar Azam will be definitely missed, but his absence is the best opportunity for new players to showcase their talents,” Shadab Khan said. “The team should be ready to show an aggressive performance like Babar Azam.”

Speaking Eden Park, which is New Zealand’s largest sports stadium, Shadab Khan said he already has the experience of playing there.

“This stadium has shorter boundaries,” he said. “I am looking forward to playing there once again in the presence of spectators.”

US dollar rate against Pakistani rupee on Dec 15

How will UK play its 'sovereignty card' on world stage post-Brexit?