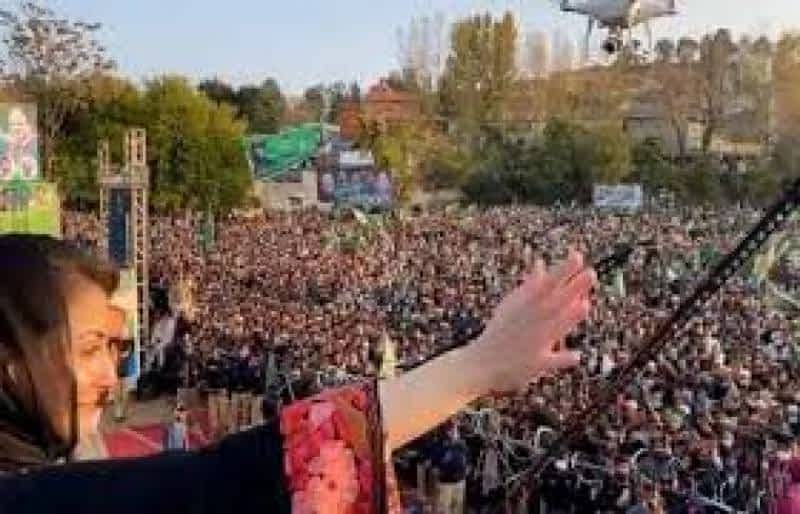 Police registered on Tuesday a case against the central leaders of Pakistan Democratic Movement (PDM) for holding a public gathering at Minar-e-Pakistan in Lahore.

The case has been filed at Lari Adda police station in which PDM central leaders were nominated including Maryam Nawaz, Khawaja Saad Rafique, Ahsan Iqbal, Shahid Khaqan Abbasi, Rana Sanaullah, Marriyum Aurangzeb and many others.

Last week, the PDM workers broke into Lahore’s Greater Iqbal Park after removing the lock of gate No.5 of the park.

As per reports, the local administration locked gate no 5 of Iqbal Greater Park after the Pakistan Democratic Movement (PDM) was denied permission of holding a public gathering at the Minar-e-Pakistan, in the wake of the coronavirus outbreak.

The workers after breaking the lock of the gate had entered the park along with the equipment to install the stage for the public rally.

part of one large Muslim nation