Peace in region not possible without alliance with Pakistan: Afghan delegation 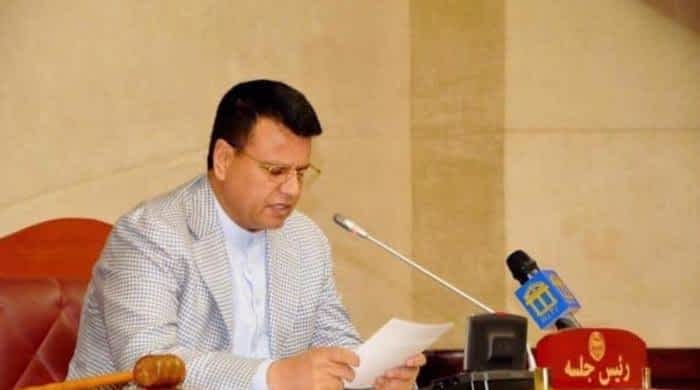 ISLAMABAD: A delegation of Afghan politicians said Thursday that peace in the region does not seem possible without an alliance with Pakistan, according to Geo News.

The Afghan delegation, who arrived on Monday for talks with Pakistan’s civil and military leadership, were speaking during a news conference today.

“We will especially like to thank the army chief and DG ISI,” it added, saying that Pakistan had agreed to extend its cooperation in the days to come.

The delegation said that a new chapter will be opened in Afghanistan-Pakistan relations, adding that it considered Islamabad an important player to achieve regional peace. It said that Pakistan had communicated a positive message during meetings held to discuss the way forward in Afghanistan.

The delegation clarified that it had held meetings with Pakistan’s leadership with the specific claim to form an inclusive government in Afghanistan, adding that one of the main demands its masses were pushing for was women’s rights.

It warned the Taliban that if it “repeated mistakes of the past”, it would not be able to survive for long, adding that capturing territory during conflict and governing it were two different matters.

“Everything the Taliban have said, till now, are mere words,” said the delegation. “Their actions will make the difference.”

The delegation further said that today’s Afghanistan was much different than the one in 1966, adding that the youth were more inclined towards technology.

The Afghan delegation said it wanted an inclusive government in place that would represent different groups in Afghanistan. “We want rights of minorities, women and press freedom guaranteed,” it said.

The Afghan leaders lashed out at Ashraf Ghani, saying that it had been clear from day one of the conflict that the president would flee.

“Ashraf Ghani says he left the country with only his sandals. If allegations are to be believed, he absconded with $69mn,” said the delegation.

The delegation of Afghan leaders said it wanted peaceful relations with Pakistan, adding that whatever happened in the past should not be repeated.

“We chose Pakistan as the first country to seek support,” it added.