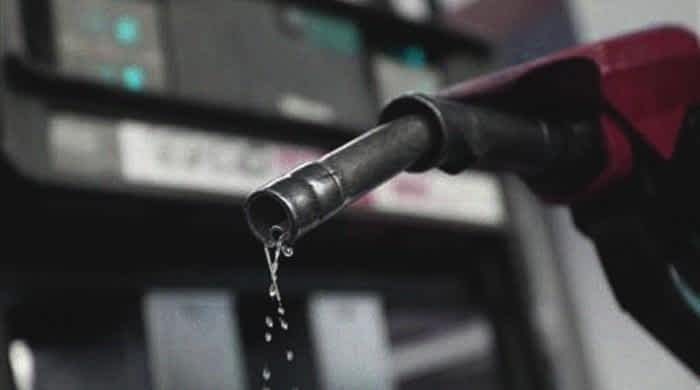 ISLAMABAD: The prices of petroleum products were reduced by the federal government on Sunday, according to a notification issued by the Ministry of Finance, bringing a litre of petrol down to Rs100.69.

The per-litre prices of petrol and high-speed diesel (HSD) were reduced by Rs1.71 and Rs1.79, respectively, the notification read.

Kerosene oil and light diesel oil (LDO), on the other hand, were maintained at prices of Rs65.29 and Rs62.86 a litre, respectively.

The new prices would be applicable from November 16, 2020.

Lower price on back of rupee gains

The News reported earlier that the rupee’s appreciation against the US dollar may lead to a decrease in petrol and diesel prices for the second half of November, providing the public may breathe a sigh of relief amid rising inflation.

Sources had informed The News that the Oil and Gas Regulatory Authority (Ogra) workings show a room for a per-litre cut of Rs3.40 and Rs2.5 for petrol and diesel prices, respectively.

The federal government had slashed petrol price by R1.57 and diesel by Rs0.84 for the first fortnight of the current month. Kerosene and light diesel oil (LDO) rates, however, had remained unchanged.

The Queen ‘comfortable’ with Prince William, Kate at the forefront: ‘Monarchy in safe hands'