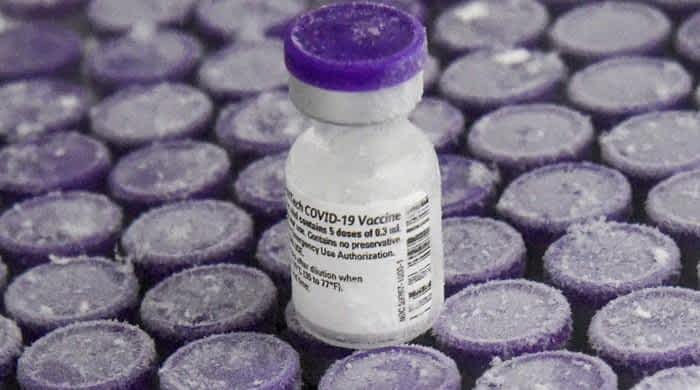 This file photo taken on January 15, 2021 shows vials of Pfizer-BioNTech vaccine for Covid-19, stored at -70A° in a super freezer of the hospital of Le Mans, northwestern France. — AFP

An earlier real-world study using data from between December 20, 2020, and February 1, 2021, had shown effectiveness at preventing symptomatic disease at 94% and asymptomatic illness at 92%.

“This comprehensive real-world evidence … can be of importance to countries around the world as they advance their own vaccination campaigns one year after the World Health Organisation declared COVID-19 a pandemic,” the two pharmaceutical companies said in a statement.

Israel’s inoculation campaign is the fastest in the world, with about 40% of the population already fully vaccinated against the virus.

Israel, which launched its vaccination campaign in December, has given the recommended two jabs of the Pfizer/BioNTech vaccine to just under four million of its roughly nine million people.

More than five million have received one shot.

10,000 doses of CanSino coronavirus vaccine wasting away at Karachi warehouse

Oxygen supplied to hospitals for coronavirus patients amid protests