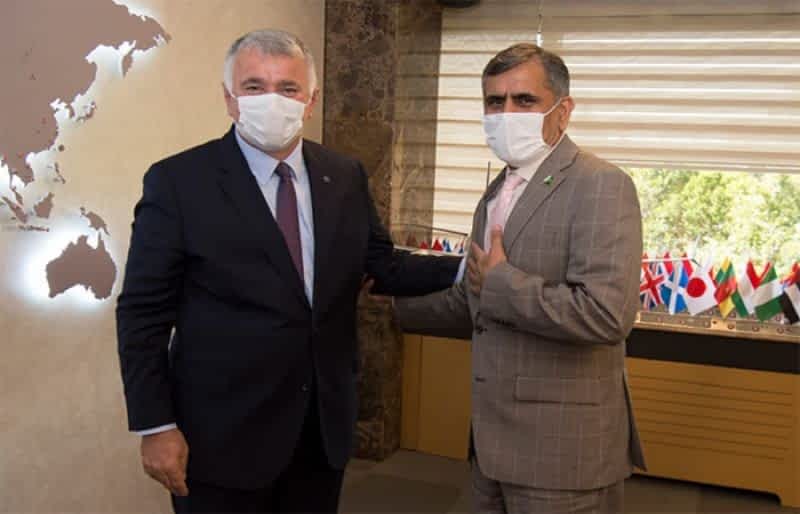 The chief executive officer (CEO) of Pakistan International Airlines (PIA), Arshad Malik, has paid a one-day visit to Turkey for discussing the alternative plan for flight restoration to European countries.

During his visit, Arshad Malik held meetings with the chief executive officer (CEO) and chairman of the Turkish Airlines. The PIA and Turkish Airlines have agreed to extend codeshare agreement for the restoration of the national carrier’s flights to Europe.

The high-ups of Turkish Airlines requested the PIA CEO for collaboration in cargo services. Malik and Turkish officials also discussed plans for initiating flight operations to Istanbul and other administrative matters in the meetings.

Upon the arrival of Arshad Malik, he was warmly welcomed by the Turkish authorities by the digital screens of the Istanbul Airport.

In July, Turkish Airlines had okayed for code-sharing agreement with the national carrier, Pakistan International Airlines (PIA). Under the new agreement, the passengers of national carrier could travel to different destinations in the United Kingdom (UK) and Europe.

The foreign airline had shown agreement for code sharing with PIA after accepting the offer of the chief executive officer (CEO) Air Marshal Arshad Malik in a response letter.

The agreement will allow both airlines for code sharing for different destinations in the UK and Europe including Birmingham, London, Milan Barcelona, Copenhagen and Oslo. PIA passengers will be able to book their tickets of Turkish Airlines to European routes from Istanbul airport.

The codeshare agreement will be activated between PIA and Turkish Airlines in view of the suspension of flight operations of the national carrier in Britain, Europe and United States (US) due to dubious licences of Pakistanis pilots.