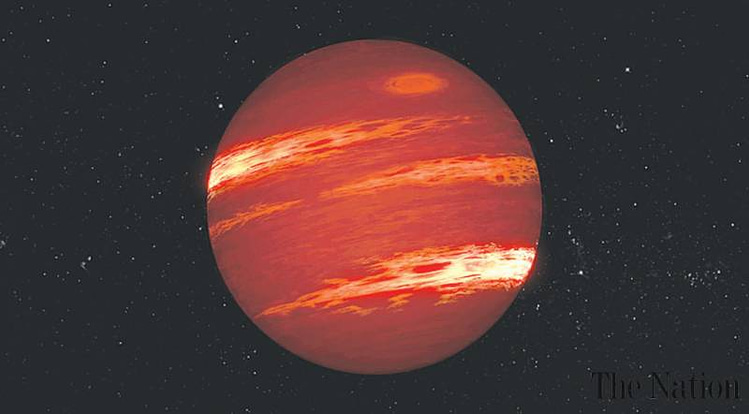 ISLAMABAD   –  A University of Arizona-led research team has found bands and stripes on the brown dwarf closest to Earth, hinting at the processes churning the brown dwarf’s atmosphere from within.Brown dwarfs are mysterious celestial objects that are not quite stars and not quite planets. They are about the size of Jupiter but typically dozens of times more massive. Still, they are less massive than the smallest stars, so their cores do not have enough pressure to fuse atoms the way stars do. They are hot when they form and gradually cool, glowing faintly and dimming slowly throughout their lives, making them hard to find.

No telescope can clearly see the atmospheres of these objects.“We wondered, do brown dwarfs look like Jupiter, with its regular belts and bands shaped by large, parallel, longitudinal jets, or will they be dominated by an ever-changing pattern of gigantic storms known as vortices like those found on Jupiter’s poles?” said UArizona researcher Daniel Apai, an associate professor in the Department of Astronomy and Steward Observatory and the Lunar and Planetary Laboratory.