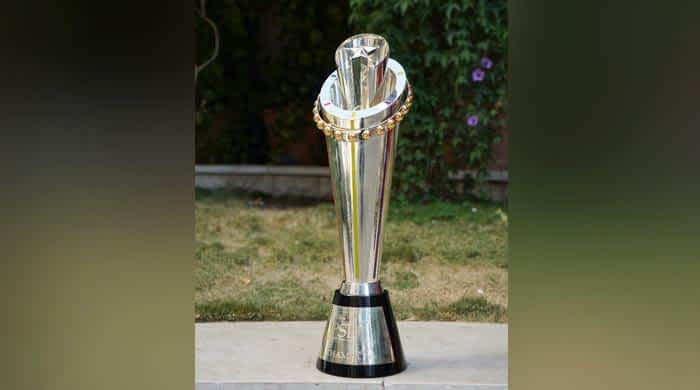 The trophy of the Pakistan Super League 2021. — Twitter/TheRealPCB

The departure of players for the Pakistan Super League’s (PSL)  sixth-edition from Pakistan to the United Arab Emirates has been delayed, Geo News reported Wednesday, citing sources.

The teams and players received an advisory from the management regarding the current coronavirus situation. There will be no departure on May 22 as per the previous schedule.

The Pakistan Cricket Board (PCB) has directed the players not to check-in at the hotels for quarantine as of now, the sources revealed, adding that the board is currently facing operational, coronavirus vaccine, and travel protocol-related issues.

According to the sources, the chances of holding the PSL in Abu Dhabi are still slim, however, the board will have an important meeting with the franchise owners at 2pm.

UAE Cricket Board had received clearance from its government to hold the PSL a day earlier.