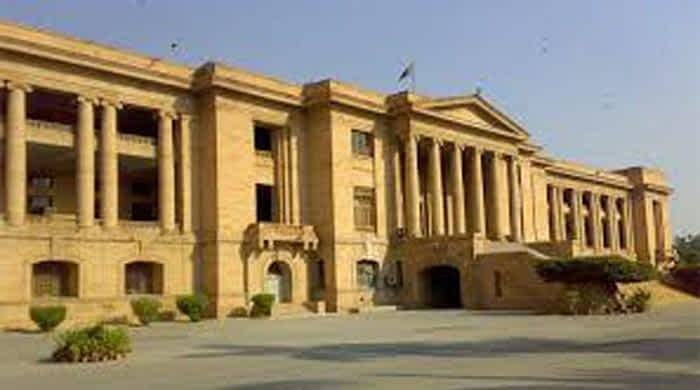 A local court on Saturday dismissed the plea moved by the family of an allegedly forcibly converted Christian girl named Arzoo to send her to a shelter home, thereby releasing her from the custody of her Muslim spouse.

The family claims that Syed Azhar Ali had abducted the 13-year-old girl with the help of his brothers Syed Shariq Ali and Syed Mohsin Ali and friend Danish, forced her to convert to Islam and then married her.

On Thursday a judicial magistrate had granted bail to Shariq, Mohsin and Danish, while the Sindh High Court (SHC) had restrained the police from arresting Azhar.

At the outset of the hearing on Saturday, Arzoo’s father Raja submitted an application to District South Judicial Magistrate-XXIII Ali Muhammad Dall pleading to send Arzoo to a shelter home because he claimed that his daughter was not safe with Azhar.

The father’s attorney Advocate Jibran Nasir argued that the girl was 13 years old and the provisions of the Sindh Child Marriage Restraint Act have also been incorporated in the matter by the police.

He said the SHC had not restrained the trial court from exercising its powers in accordance with the law, pleading the magistrate to issue orders to move the girl to safety because she might be subjected to rape in her alleged husband’s custody.

He also said that any delay in the matter can amount to an offence punishable under Section 376 (punishment for rape) of the Pakistan Penal Code, read with Section 375(v) (Rape: with or without her consent when she is under 16 years of age).

The lawyer said that Rule 9 of the Sindh Child Marriage Restraint Rules 2016 also empowers the trial court to issue a writ for the production of the victim in the present matter.

He asked the court to issue a search warrant for the production of the girl before the trial court and to send her to a shelter home. He said the complainant only demands Arzoo’s safety. State prosecutor Abdul Rahim Thahim seconded the version of the complainant’s counsel Nasir.

The investigating officer, Inspector Shariq Ahmed Siddiqui, said the girl is under the protection of the SHO of the Preedy police station in compliance with the SHC’s order.

He added that the documents submitted by the girl’s father as regards her age have been verified through the National Database & Registration Authority and they stand genuine.

After listening to the arguments, the judge concluded that it appears that an SHC division bench has already directed the Preedy SHO to provide protection to the girl through its order dated October 27, so the matter is now fixed before the same on November 11.

The order said that allowing the prayer of the learned counsel for the complainant will also amount to the quashing of the above-mentioned order, dated October 27, of the double bench of the SHC.

“In the light of the facts and reasons as mentioned above, this application finds no merits and stands dismissed accordingly,” concluded the order issued by the local court.