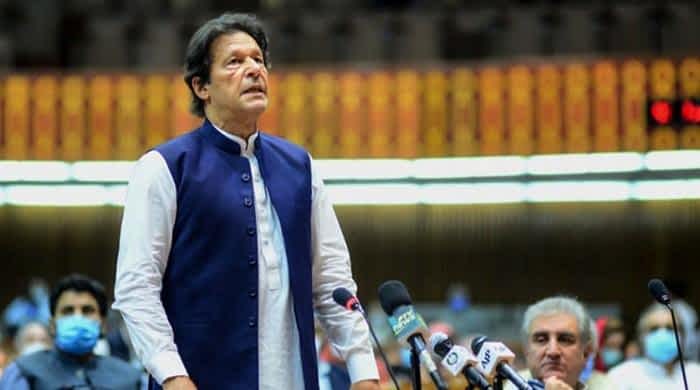 In this handout photograph released by the Pakistan’s Press Information Department and taken on June 25, 2020, Pakistan’s Prime Minister Imran Khan speaks during the National Assembly session in Islamabad.

Taking to Twitter, the prime minister — pleased at the performance of Pakistan’s exports for the month of December 2020 — revealed that the country’s exports had registered a growth of 18% over the previous year.

“Well done & keep up this trend. A major pillar of our govt’s economic policy is export enhancement & we will provide full support to promote export culture,” he added.

Earlier last month, Adviser to the Prime Minister on Commerce Razak Dawood had announced that Pakistan’s exports had crossed the $2bn mark for a second consecutive time in November.

The commerce adviser had said that exports increased by 7.2% year-on-year in November, according to the provisional figures received by the government.

“We have just received provisional figures for export of goods. I wish to congratulate our exporters that in these very difficult times with resurgence of COVID-19 cases in Pakistan and globally, our exports have increased by 7.2% in November 2020 over the same period last year,” he had tweeted.