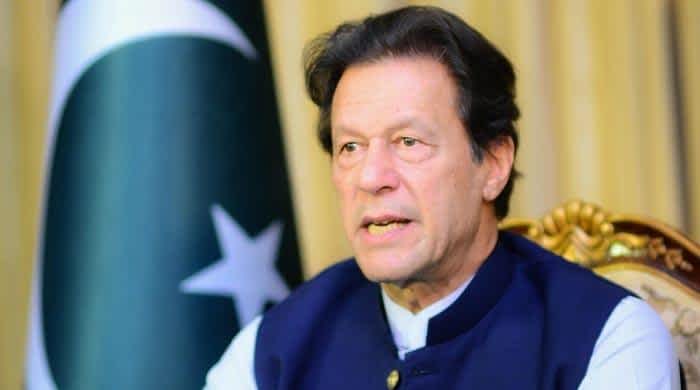 Prime Minister Imran Khan on Saturday invited the Opposition parties for electoral reforms after all parties, who partook in Karachi’s April 29 NA-249 by-polls, started claiming the election was rigged — except for the winning party, PPP.

The prime minister said in the by-polls, despite a low turnout, all parties were crying foul and claiming rigging. He reminded people that the same had happened in Daska NA-75 by-elections held recently and in the Senate elections.

“In fact, apart from 1970 election, in every election claims of rigging have raised doubts over credibility of election results,” the prime minister said in a series of tweets.

Going back to the 2013 general elections, he said there were as many as “2013 there were 133 NA constituencies’ disputes before elec[tion] tribunals”.

The premier said his party had demanded an examination of only four out of the 133 constituencies — and in all “four rigging was established.”

“But it took us a year and a 126-days dharna (sit-in) to get a Judicial Commission which found over 40 faults in conduct of elections,” the prime minister said.

However, despite all the efforts, the premier said no “substantive” reforms were put in place, as he noted that the use of technology and electronic voting machines (EVM) were the only answer to “reclaim the credibility of elections”.

“I invite the Opposition to sit with us and select from EVM models we have available to restore our elections’ credibility,” he said.

The premier said for a year now, the federal government had been asking the Opposition to cooperate with it and help it reform the present electoral system.

“Our government is determined and we will put in place reforms in our electoral system through the use of technology to bring transparency and credibility to our elections & strengthen our democracy,” the prime minister added.

PML-N Vice-President Maryam Nawaz, quickly responding to the premier’s tweets, said the party accused of rigging the Daska elections was his — and claimed PTI had tried to “run away from reelection”.

“The party accused of rigging in Daska was yours but awam (the people) made you bite the dust TWICE despite your efforts to run away from reelection,” she said.

Taking a jibe at the prime minister, Maryam said his party “came last in NA-249, so you need not worry and please don’t try to look relevant”.

“You have been REJECTED over & over again. Step down,” she demanded.

Shortly after the premier’s tweets, PML-N candidate Miftah Ismail’s request for a recount of votes after the April 29 by-election in NA-249 constituency was accepted by the Election Commission of Pakistan (ECP).

Ismail had written a letter to the chief election commissioner seeking a vote recount in NA-249.

The PML-N has also requested the ECP to conduct a forensic audit of the votes in the NA-249 constituency.

In his letter, Ismail wrote that presiding officers from 34 polling stations did not WhatsApp the results.

Ismail said that the party “did not receive results from more than 30 polling stations”.

“We have serious concerns about the behaviour of some presiding officers,” he added.

He claimed that many Form 45s were not signed and that the counting of votes on the Form 45 given to the party is different from the forms issued by the returning officer (RO), which were not provided to them.

The PML-N leader said the RO is not following the law and not directing a recount of votes despite the minor difference in votes.

He further claimed in the letter that the RO did not provide the polling stations wise result summary to the party and that he did not provide a receipt of the time the results were received via WhatsApp.

With these concerns in mind, Ismail asked the CEC to stop the ECP from finalising the results and order a recount of votes in all polling stations of NA-249.

The PPP secured victory in the NA-249 by-election held on Thursday in the city’s District West, with unofficial, provisional results showing a close contest between the PML-N and PPP in the final count.

Both parties had claimed victory for their candidates mid-way into counting, capturing the attention of audiences awaiting results.

The PML-N pulled no punches in blaming the PPP for attempting to rig the result, saying they would not accept the result without challenging the ECP.

After the final count was announced, the PML-N’s Maryam Nawaz said the election had been “stolen” from her party.

7 lawmakers, including 3 from PTI, banned from National Assembly for…