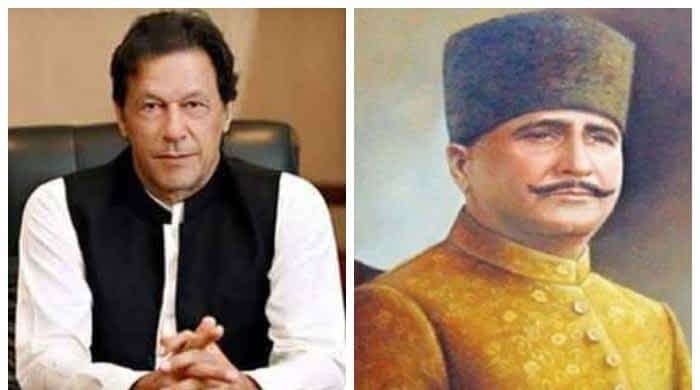 ISLAMABAD: Prime Minister Imran Khan, while paying tribute to the national poet on his 143rd birth anniversary,  has emphasised the need of seeking guidance from Allama Iqbal’s thoughts to find solutions to the issues being faced by the nation.

The premier, in a statement, said that now it was their individual and collective responsibility to play their role in the building of the nation while exploring thoughts of Allama Iqbal.

Allama Iqbal had decided to guide the Muslims of the sub-continent with his thoughts and poetry at a time when they were groping in the darkness of slavery in search of their identity, he highlighted.

With his poetry, Allama Iqbal invoked that power with which the Muslims overcome their sense of despondency, guiding them to achieve the impossible, he added.

PM Imran further said that Allama Iqbal not only dreamt of Pakistan but also reflected upon the issues it would have to face after its creation.

It was due to the farsightedness of his personality who had many years earlier predicted the contemporary problems being faced by us, he maintained.

Iqbal’s vision was still a guiding force to overcome issues like sectarianism and extremism, he said, advising the youth to discover their innate qualities identical with Iqbal’s symbol of the eagle, with which they could carve a niche in the world.

He urged the nation to concentrate their energies on transforming Pakistan under the visions of its forefathers and stressed the need for reorganisation of political, social, and economic bodies.