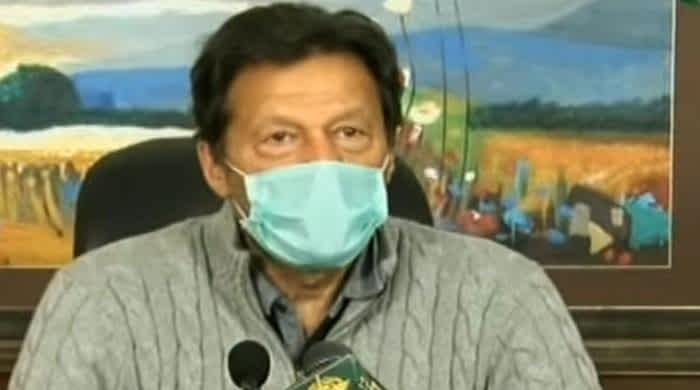 Prime Minister Imran Khan on Sunday noted that there have been difficulties in people obtaining loans under the Naya Pakistan Housing Scheme and instructed all banks to make the process more accessible and easier to understand for people.

The prime minister, while addressing a live telethon on Pakistan Television Network for the scheme, said that it is “the most important project for the country’s future”

He said that although it is a regular practice in European countries, it is for the first time in Pakistan’s history that salaried individuals are being given a chance to own a house.

The prime minister said he acknowledges that there have been difficulties for people seeking to obtain loans and instructed all banks to simplify the process.

PM Imran Khan said that once people start building homes, there will a boom in the construction industry which will bring about a revolutionary change in Pakistan.

He said that the construction of homes, besides revenue generation, will also lead to job creation.

“Our country is in deep debt. We have to look for ways to add to our nation’s wealth,” the premier added.

The decision was announced by PTI Senator Faisal Javed Khan, who wrote on Twitter that the premier has not only decided to increase the loan limit for the scheme by 100% but the discounted markup rate has also been reduced to 3% and 5%.

He said that the loan limit has been increased to Rs10 million.

The senator said that PM Imran Khan is supervising the scheme himself.

“The realisation of dreams has begun; the distribution of houses has begun,” the PTI Senator wrote, adding that people wouldn’t be required to pay off huge loans anymore as they can become homeowners by paying off the loan in very small instalments.

“It’s a revolutionary move. You can now own a home. Contact banks for further information regarding the loans,” the PM’s aide added, urging people to jump on the opportunity.

What is the Naya Pakistan Housing loan scheme?

Back in October 2020, the State Bank of Pakistan (SBP) announced that the government will be providing a facility for the construction and purchase of new houses to the people of Pakistan.

“This facility will allow all individuals, who will be constructing or buying a new house for the first time, to avail the bank’s financing at subsidised and affordable markup rates,” a statement from the SBP said.

This facility will be provided with the administrative support of the State Bank of Pakistan as the executing partner of the Government of Pakistan and Naya Pakistan Housing and Development Authority (NAPHDA), the statement added.