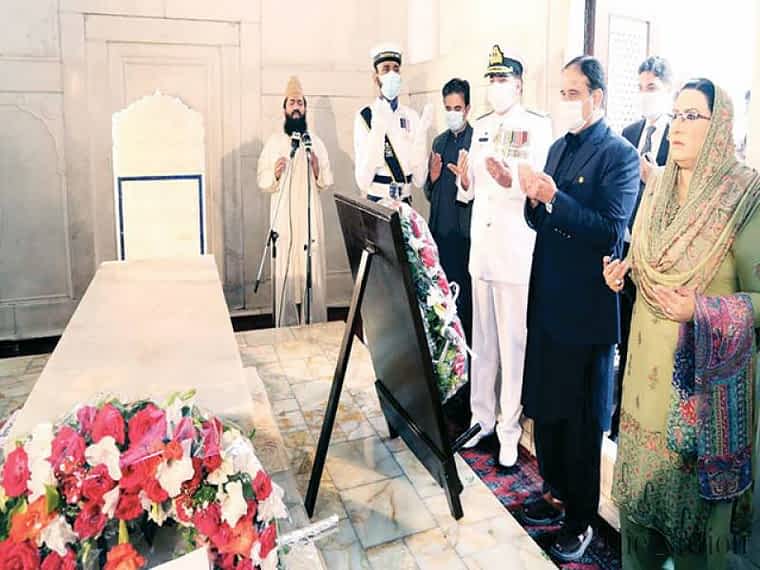 LAHORE – Punjab Chief Minister Sardar Usman Buzdar went to the shrine of the Poet of East Sir Dr Allama Muhammad Iqbal and laid floral wreath and prayed for the development and progress of the country and nation.

Usman Buzdar said that Allama Iqbal, through his poetry, gave the message of peace and brotherhood.

Pakistan can be succeeded by following thoughts and philosophy of Allama Iqbal.

Hope and self-respect are the message of Allama Iqbal. He said that Prime Minister Imran Khan is a ray of hope for Pakistan.

He said that the foundations of new Pakistan have been laid on the principles of justice and realization.

Prime Minister Imran Khan is making new Pakistan in accordance with the thoughts of Allama Iqbal.

incident of cylinder blast in a marriage ceremony

Punjab Chief Minister Sardar Usman Buzdar has expressed a deep sense of sorrow and grief over the incident of cylinder blast in a marriage ceremony in district Kohlu Balochistan.

The Chief Minister assured the Balochistan government for all possible support in providing treatment for the injured children. On the directions of Usman Buzdar, 18 injured have been shifted to DHQ Hospital D.G. Khan whereas eight critical injured have been sent to the Multan Burn Centre.

On the instructions of Chief Minister Punjab district administration and officials of the Health Department inquired after injured children and reviewed the medical facilities being provided them.

Usman Buzdar directed to provide best treatment facilities to the injured children. These are our children and no stone will be left unturned in providing the best treatment to them, he asserted.

Usman Buzdar extended heartfelt sympathies and condolence with bereaved family members and prayed that may Allah Almighty rest the departed soul in eternal peace and grant courage and strength to the heirs to bear this irreparable loss with fortitude.

5 out of 9 deaths from twin cities in a day

Arzoo declared a minor, sent back to shelter home