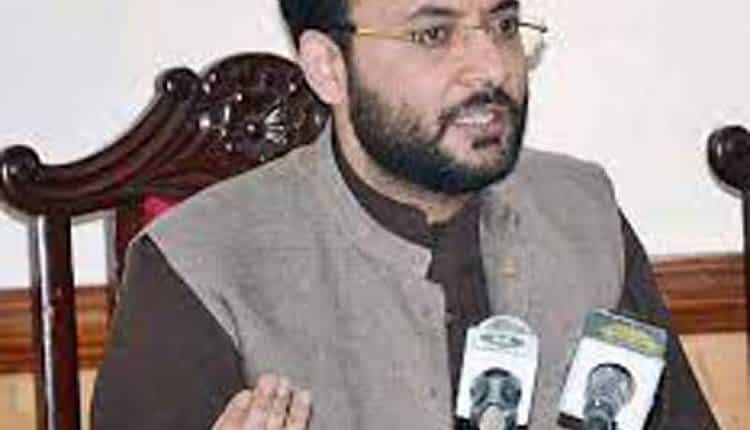 FAISALABAD   –  Prime Minister Imran Khan has been mandated to nab the corrupt and retrieve the looted and plundered money from them, said State Minister for Information & Broadcasting Farrukh Habib.

Addressing a press conference at Circuit House here on Sunday, he said Shehbaz Sharif was the focal point of corruption, committed during the last 30 years. He said that democracy and accountability were dependent on each other and it should not be dubbed as victimisation.

He said that Imran Khan had a neat and clean political career, but when his integrity was questioned, he provided his money trail of decades in politics despite he never held any public office. Imran Khan had provided 60 documents to prove that his money was legal.

On the other hand, the politics of the Sharif family depended on corruption and fraud. They looted money with both hands and provided fake Qatari letter and Calibri font letter, which was a joke with the justice and fair play.

He said that the government had decided to file an appeal against the Lahore High Court decision allowing Shehbaz Sharif to proceed abroad. He said that Shehbaz Sharif had given a guarantee on stamp paper of Rs 50 that Nawaz Sharif would return, but he failed to return and now allowing the guarantor to pro-ceed abroad would be tantamount to sabotage all cases against them.

He said that the opposition leaders were now vehemently repeating contempt of court. The government could not even think of it, but it would file an appeal against the decision, which was allowed by the law.  He also criticised the so-called allegations raised by Shahid Khaqan Abbasi and others and said that Shehbaz Sharif had never been acquitted in any NAB case and before the final settlement of the cases, he should not be allowed to skip the justice system.

Regarding delay in the decision of these cases, he said that the government wanted fair trial, which should be above all speculations. Our demand was that Shehbaz Sharif should give money trail as his assets were beyond his means, he added.

Provincial Minister for Industries and Culture Khayal Ahmad Kastro said that Yasmeen Rashid was a cancer patient and she was being treated in Pakistan.

Responding to a question about repatriation of Nawaz Sharif, State Minister Farrukh Habib said that the Punjab government had categorically refused to ex-tend stay in London and a letter to the effect was written to the UK govern-ment in March 2020. As per law, Nawaz Sharif was now an offender and the gov-ernment was trying through legal and diplomatic channels to bring him back.

Replying to yet another question that being industrialists, they have provided jobs to hundreds of workers, Farrukh Habib said, “Our question was that how those industrial units were established.” If the industrial empire was built by kickbacks, then government had the right to retrieve that money from them, he added.

He termed Shahid Khaqan Abbasi, Ahsan Iqbal and Rana Sanaullah cronies of the Sharif family who were just creating hype with ulterior motives to use coer-cive measures to pave the way for Shehbaz Sharif to proceed abroad without settlement of pending court cases.

State Minister for Information and Broadcasting Farrukh Habib said on Sunday the PTI government had controlled inflation through transparent distribution of targeted subsidies.

During his surprise visit to Regional Office of Utility Stores Corporation (USC) in Small Industrial Area here, he said the government had provided sub-sidy of Rs 7 billion on 19 selected consumers items. He said that it was duty of the government to ensure proper surveillance so that people’s problems could be resolved and they could get different items of daily use at subsidized rates without any hassle.

He said that 19 selected daily use items worth Rs 530 million had so far been sold out in Faisalabad through Utility Stores Corporation.  He checked the weight and quality of different items at regional warehouse USC and also inquired about the services offered by the utility store staff.

He said that it was very encouraging that USC staff was doing efficient work and the sale of subsidized items would continue till last working hour before Eidul Fitr.  Later, the state minister visited Utility Store Altaf Gunj at Jhang Road and directed the staff to improve their performance in supply of daily use items to the consumers.