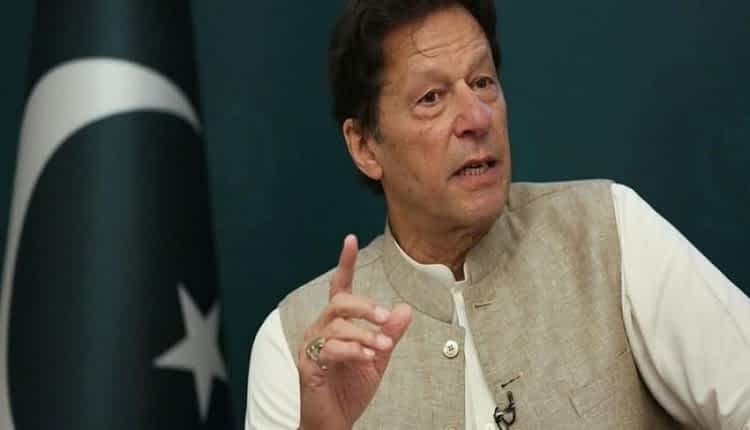 Prime Minister Imran Khan on Thursday urged the masses to strictly observe the government’s mandated COVID-19 standard operating procedures (SOPs) on the occasion of Eid ul Adha to keep the virus at bay.

PM Imran Khan warned the nation about the dangers of the Delta variant — which first emerged in India — and said that India, Bangladesh, Afghanistan, and Indonesia are currently suffering because of it.

“Given the current situation in countries like Afghanistan, where there is an acute shortage of oxygen, I would like to say a few things to the nation,” the PM said.

He said that so far, Allah has been very merciful towards Pakistan and even foreign publications like The Economist has listed Pakistan as one of the top three nations that were able to control the pandemic in an efficient way.

PM lauds masses for cooperating with government
He lauded the government, particularly the National Command and Operation Centre (NCOC) for carrying out research and taking timely decisions to contain the virus from spreading.

He said that Pakistan was the only Muslim country that kept mosques open for two consecutive Ramazans — thanks to the efforts, monitoring, and preemptive measures of the NCOC as well as the cooperative attitude of the nation.

“It was also because of the cooperation of the Pakistani nation that the government could save the country from getting into a catastrophic situation [like other countries],” the premier said.

The premier said that at present, however, the coronavirus cases in the country are suddenly rising again after plummeting because of the arrival of the Delta variant in the country.

“Even though I know that people are fed up of following the SOPs across the world and I understand that, I would again like to appeal to the masses to [at least] wear a mask at all times so that the country could be saved from the possible fourth wave of the pandemic.”

He explained that masks should be worn at all times whenever someone is in a confined space with other people — including wedding functions, restaurants, and rooms — because the chances of the virus spreading within indoor environments are extremely high.

“If someone is out in the open, for example in a park, they can take their masks off, but when they are inside a bus or a car with other people, for instance, they must wear a mask,” the premier explained while holding a mask in his hands.

“It’s a very easy job to wear a mask, and this simple step can save the country and our economy from disaster,” he continued.

“I would, therefore, ask Pakistanis to mandatorily wear masks and observe precautions, especially during the occasion of Eid ul Adha,” he said.

“The government exerted a lot of pressure on people to adhere to the SOPs and I appreciate the nation for bearing with us, but if you want to avoid further lockdowns and restrictions, then continue to wear a mask,” he said.

Towards the end of his speech, the premier also urged people to get vaccinated. He added that even though Pakistan does not manufacture the anti-coronavirus vaccine on its own and the vaccination drive is not as quick as it is in the US, for instance, people should take advantage of the available vaccines in the country and get themselves inoculated as soon as possible.