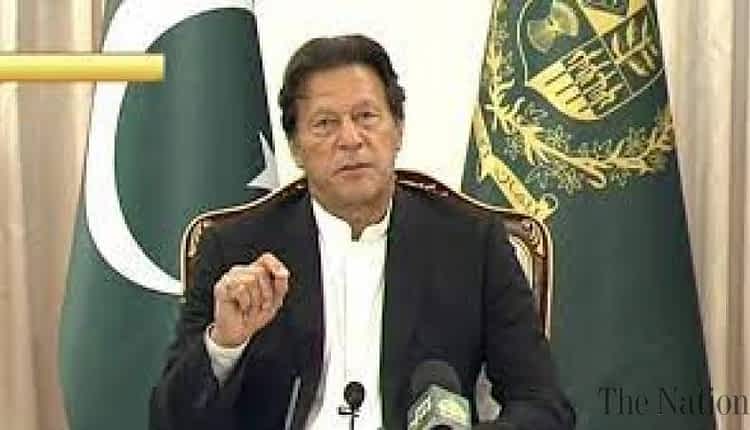 Prime Minister Imran Khan has, on Sunday, requested the masses to ensure strict adherence to COVID19 SOPs and highlighted that the third-wave is more lethal in comparison to the earlier two.

“Hospitals are filling. People are being put on ventilators or oxygen. We are the nation which was exemplified during the first wave (for our discipline). God forbid, our hospitals will fill to their capacity if it continues to spread at the current rate,” the Prime Minister said in his televised message to the nation.

The PM, told the people that he remained safe during the first two waves as he had duly observed the precautions.

During the first two waves, he neither attended any wedding ceremonies nor visited any restaurant and also kept wearing the mask.

However, the Premier highlighted during Senate polls could not maintain adherence to the SOPs of Coronavirus which ultimately led him to fall prey to the disease.