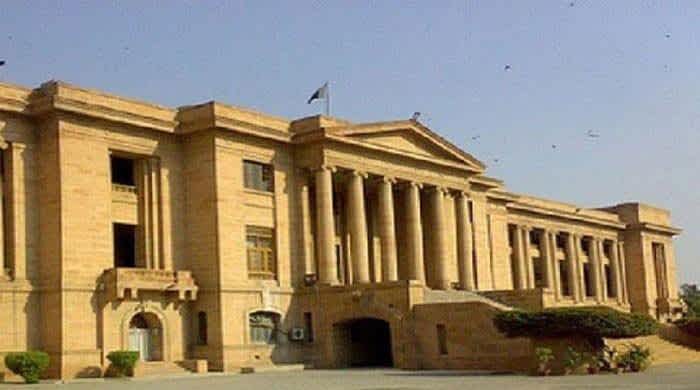 Announcing a short order on the petitions challenging the powers of Section 18 of the PMC Act, under which the NMA has to be formed to conduct the MDCAT anywhere in the country, the court declared that sections 4 and 18 are in accordance with the constitution.

The bench ordered the PMC to form the NMDAB and the NMA within 15 days, following which the NMDAB will review the devising of the exam structure and standards for the MDCAT within 10 days and announce a common syllabus.

The court said that after all these prerequisites, the MDCAT will be conducted through the NMA on a date to be fixed and announced afresh at the earliest. The bench declared that the PMC Admission Regulations 2020-2021 devised by the medical & dental council under Section 8(2)(f) of the PMC Act have been framed with lawful authority, and that all previous regulations have been repealed in terms of Section 50.

The court said that as a consequence thereof, the concept or scheme of holding the MDCAT by the admitting university ceased to exist as provided under Section 18. The PMC’s counsel Zeeshan Abdullah said that a common syllabus has been compiled for the MDCAT so that no topic is outside of any existing recognised syllabi of FSc in Pakistan.

The bench said that despite assertions and claims about a common syllabus, all the announcements made by the PMC about the syllabus have created uncertainty as well as gross confusion and perplexity in the minds of all the applicants.

The court said that the question paper of the MDCAT would be subject to a process of objection and review, which ironically compromises its very structure and standard and is sure to open a floodgate of challenges subsequent to the MDCAT throughout the country.

The bench said that it is quite a unique idea that every applicant will be provided with an objection form at the time of entering the examination hall and be obliged to audit how many questions are out of syllabus.

The court said that much of the time of every candidate will be consumed in going through the entire question paper as an examiner and then filling out the objection form.

The bench said that no further mechanism has been provided in the PMC announcement as to how and when the students taking the MDCAT will come to know if their objections were considered and if the questions identified as being out of syllabus were removed from the scoring.

The court said that such unreasonable and non-standard conditions amount to creating hardships, distress and uncertainty among the candidates, and their future is also at stake, unless a proper syllabus is devised by the competent authority with due deliberation and examination of the FSc syllabus of the country to compile a common syllabus without any doubts, so the candidates are not asked to fill objection forms in the examination hall.

The bench said that it is an admitted position that the NMDAB has not been constituted under Section 10 of the PMC Act that has been vested with various powers and functions under Section 13, including the powers to devise the exam structure and standards for the MDCAT for the council’s approval, so without constituting and notifying the NMDAB, the MDCAT cannot be conducted.

The court said that it is also an admitted position that the NMA has not been constituted under Section 15 of the PMC Act, but temporary appointments were made in the authority that are beyond the scope and compass of such a transitory provision.

The bench said that no head has been appointed for the NMA that has been vested with various powers under Section 16 of the PMC Act, including those to conduct all exams, while the PMC law mentions that the NMA will conduct the MDCAT on a date approved by the council and in accordance with the standards approved by the NMDAB.

The court said that every component of the PMC has much importance, so in the absence of a validly constituted NMA and not constituting the NMDAB, the MDCAT cannot be held.

The bench said that all the students who had applied to the PMC and their application forms were accepted before the cut-off date will be allowed to take the MDCAT with the same registration and, if issued, admit cards.

Regarding the non-appointment of representatives from Sindh in the NMDAB, the court said that it is beyond comprehension that merely due to no nomination by the Sindh government, the board could not be constituted, despite the clear provision under Section 10(4) of the PMC Act that no act done by the board will be invalid on the ground merely of existence of any vacancy in or any defect in the constitution of the board.

The court said that Section 18(3) of the PMC Act and Regulation 16 of the PMC Admission Regulations permit the provincial governments to formulate policy to cater the domicile condition for admission to public and private medical institutions not inconsistent with the PMC Act.

The bench said that the medical & dental council will devise regulations to set criteria for admission priority in the scenario where marks of applicants are equal.

The Peoples University of Medical & Health Sciences for Women and four other medical universities of the province as well as some students had filed petitions questioning the authority of Section 18 of the PMC Act.

The counsel for the public universities had argued that Section 18 was not in accordance with the constitution, so the PMC neither had the right to regulate entry tests nor did it have any jurisdiction to stop entry tests being conducted by the admitting university on October 18.

The counsel had sought permission to allow the admitting university to continue the admission process and the entry tests because after the promulgation of the 18th amendment, education had become a provincial subject.