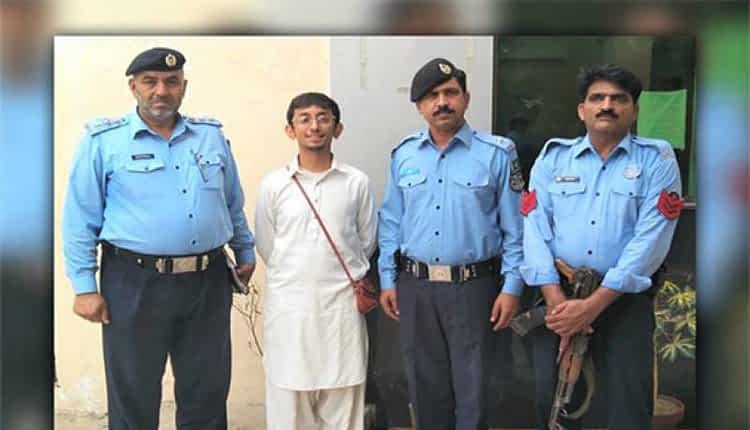 Islamabad Police have arrested accused, Zulfiqar for being involved in the obscene photo shoot that took place in front of the Quaid-e-Azam portrait in Islamabad. However, the female model in the pictures is yet to be apprehended.

As per the sources, Islamabad police have arrested Zulfiqar from Lahore and he will be brought to Islamabad where he will be produced before the court. The law enforcement agencies are looking to arrest the female model.

The duo sparked nationwide outrage after doing a photo shoot in obscene and vulgar clothing in front of the Quaid-e-Azam portrait in Islamabad. These pictures soon went viral on social media and netizens demanded action against these two people for wearing revealing costumes in public.