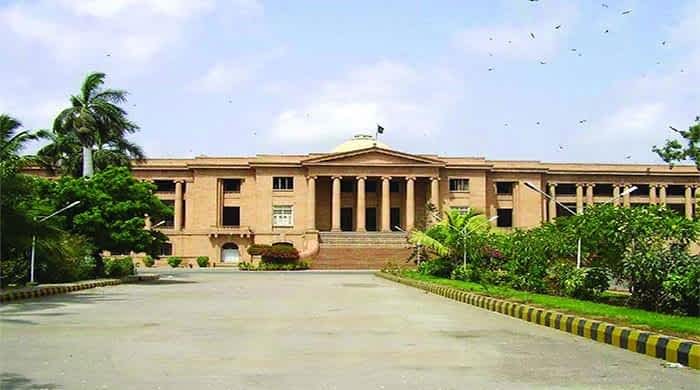 The information to this effect was provided to the Sindh High Court (SHC) on Thursday by Sindh Inspector General of Police (IGP) Mushtaq Ahmed Mahar. During the hearing of petitions with regard to missing persons, the IGP appeared before a division bench of the SHC, headed by Justice Naimatullah Phulpoto, and filed a progress report with regard to the missing persons in Sindh.

The provincial police chief submitted that the total number of missing persons in the province was 519 on August 20 last year and since then the police had traced 298 persons while the rest of the 293 cases were yet to be solved.

Regarding the disappearance of two persons Mohammad Amin and Mohammad Ilyas, who have been missing since 2009, the IGP said the two men were permanent residents of Swat and while efforts had been made for their recovery, no clue had been found yet.

The officer assured the high court that as the second wave of Covid-19 had subsided, maximum efforts would be made from now onwards to hold regular sessions of joint investigation teams (JITs) in the cases of missing persons.

The SHC observed that in several cases, JIT sessions were held but signatures of the JIT members were delayed for weeks and it caused delay in the cases of missing persons. To this, IGP Mahar assured the court that he shall look into the matter.

The high court also observed that several reports filed by the home department regarding the missing persons were without any substance. The bench directed the Sindh home secretary to look into the case of every missing person individually and carefully, and then pass appropriate orders to the head of the JIT and the investigation officer.

The SHC directed the investigation officers of the cases to comply with the directions of the provincial task force. The court also directed the secretaries of the federal interior and defence ministries to call reports from the internment centres and produce them before

During a previous hearing, the high court came down heavily on the investigation officers as it asked them why the missing persons had not been recovered. The court observed that despite several meetings of joint investigation teams, no result could be achieved.