Popyrin fights back to win maiden ATP title in Singapore 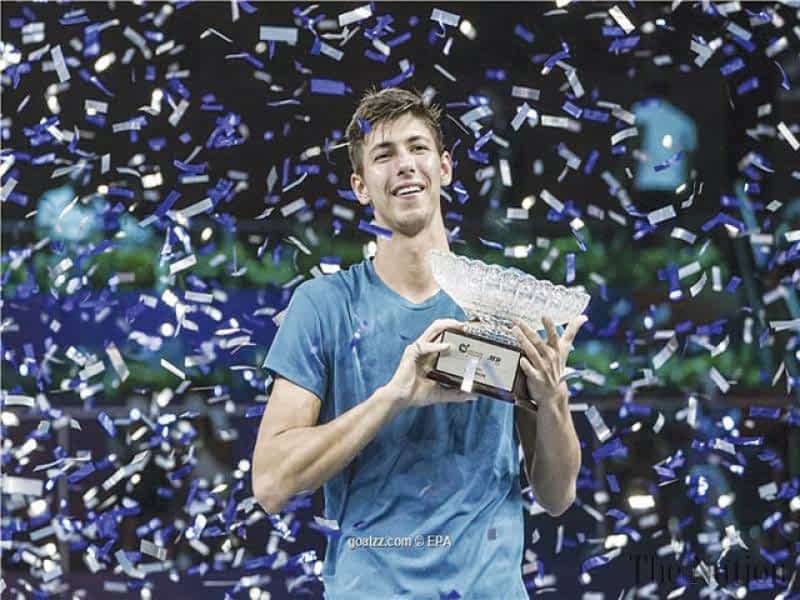 SINGAPORE -Australia’s Alexei Popyrin stormed back from a set down to beat Alexander Bublik of Kazakhstan 4-6 6-0 6-2 and clinch his first ATP Tour title at the Singapore Open on Sunday. Popyrin fired 11 aces and broke serve five times to hand fourth seed Bublik — who is still searching for his first title — a fourth defeat in a final. “We put in a lot of hard work in pre-season and it’s paying off,” Popyrin said in an on-court interview. “Also my family behind the scenes … they’ve sacrificed so much for me and to finally win a tournament just shows how much hard work they put in with me also and this is for them, this is for them 100 per cent.” The 21-year-old, who upset Marin Cilic in the last-four, made a slow start and dropped the opening set but produced an instant response, breaking Bublik’s serve three times in the second to hand out a rare bagel. The former junior French Open champion did not let up in the third, surging to a 4-2 lead before closing out the victory when Bublik double faulted. He becomes the second player to win a maiden title this year after Briton Dan Evans triumphed at the Murray River Open.