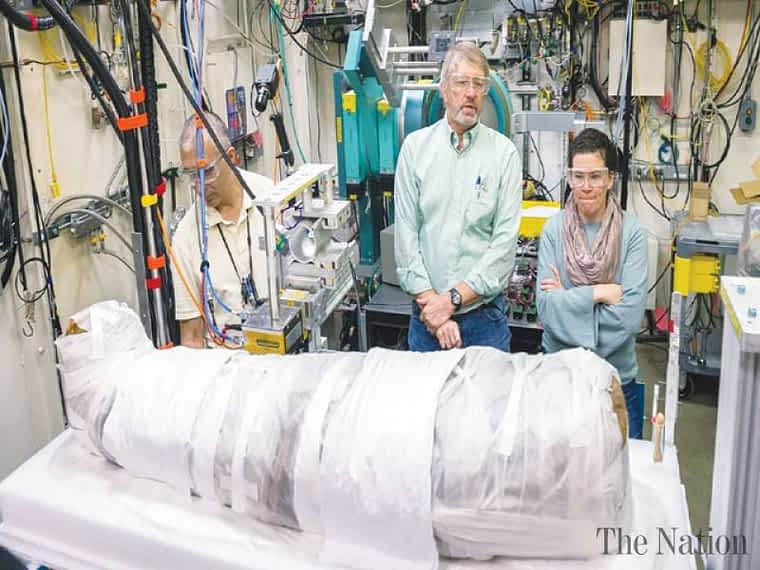 ISLAMABAD- The mummified remains of ancient Egyptians hold many secrets, from the condition of the bodies to the artifacts placed within the burial garments. Now a team of researchers has found a way to unwrap those secrets, without unraveling the mummies themselves.

Three years ago, researchers from Northwestern University, in preparation for an exhibit on campus, carefully transported a 1,900 year old mummy to the Advanced Photon Source (APS), a U.S. Department of Energy (DOE) Office of Science User Facility at DOE’s Argonne National Laboratory. There scientists used powerful X-ray beams to peer inside the layers of linen and resin to examine the 2,000-year-old bones and objects buried within. The results of this experiment, the first time an intact mummy was examined using X-ray diffraction techniques, were recently published in the Journal of the Royal Society Interface. The examinations confirmed several details about the mummy — the body belonged to a child of about five years old, most likely a girl, and was buried with what appears to be a scarab amulet of calcite, a sacred object meant to spiritually protect the body on its passage to the afterlife. Ancient Egyptians believed it was important to preserve dead bodies in as lifelike a manner as possible.