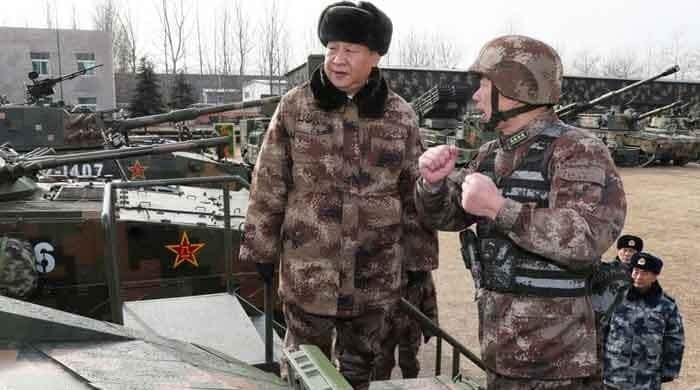 In  a development that has made headlines around the world, Chinese President Xi Jinping on Thursday called on his troops “put all (their) minds and energy on preparing for war”.

The purpose of his visit was to deliver a speech to commemorate the 40th anniversary of the Shenzhen Special Economic Zone, which was established in 1980 to attract foreign capital. The SEZ helped play a pivotal role in helping propel China to become the second-largest economic power in the world.

President Jinping’s visit comes in the backdrop of worsening relations between China and the US, with the two powers trading barbs over Washington’s relations with Taiwan and the coronavirus pandemic.

China is vexed at Washington over its recent arms sales to Taiwan. The US aims to continue its sale of three advanced weapon systems to Taiwan, according to a congressional aide, including the advanced High Mobility Artillery Rocket System (HIMARS).

China warns US against selling arms to Taiwan

China has never controlled Taiwan but Chinese leaders have insisted that the island-country is an integral part of its territory. China’s President Jinping has not ruled out the option of using force against the island.

Relations between the two sides further deteriorated when the US sent its health chief to Taiwan, which marked the visit of the most high-profile government official to visit the country in almost four decades.

China, which had promised unspecified retaliation to the trip, flew J-11 and J-10 fighter aircraft briefly onto Taiwan’s side of the sensitive and narrow strait that separates it from its giant neighbour, at around 9 am (0100 GMT), shortly before Azar met Taiwan President Tsai Ing-wen, Taiwan’s air force had said.

The aircraft were tracked by land-based Taiwanese anti-aircraft missiles and were “driven out” by patrolling Taiwanese aircraft, the air force said in a statement released by the defence ministry.