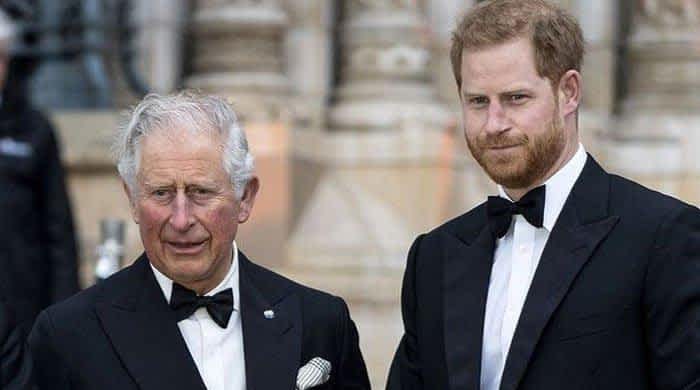 Prince Harry’s sit-down interview with Oprah Winfrey, where he made some shocking revelations, is said to have “knocked Prince Charles to the ground”.

Commentators Julie Montagu and Anjula Mutanda discussed the duo’s relationship and how the Duke of Sussex took verbal digs at his father in the explosive tell-all.

Julie said: “The person who was really knocked to the ground in that interview with several punches was Prince Charles 100 percent.

Anjula added: “You could see that it was difficult for Harry to speak about his relationship with his family.

“But at the same time, he wanted to, he wanted to get a message through that he has struggled deeply with what has been going on.

“And that there are fractures in the relationships.

“These are seismic statements to make about one’s own family members.

“I wonder from Charles’ point of view, he would have felt very exposed by his son.”